THE INTERNET OF THINGS: THE NEED FOR ANTITRUST ENFORCEMENT 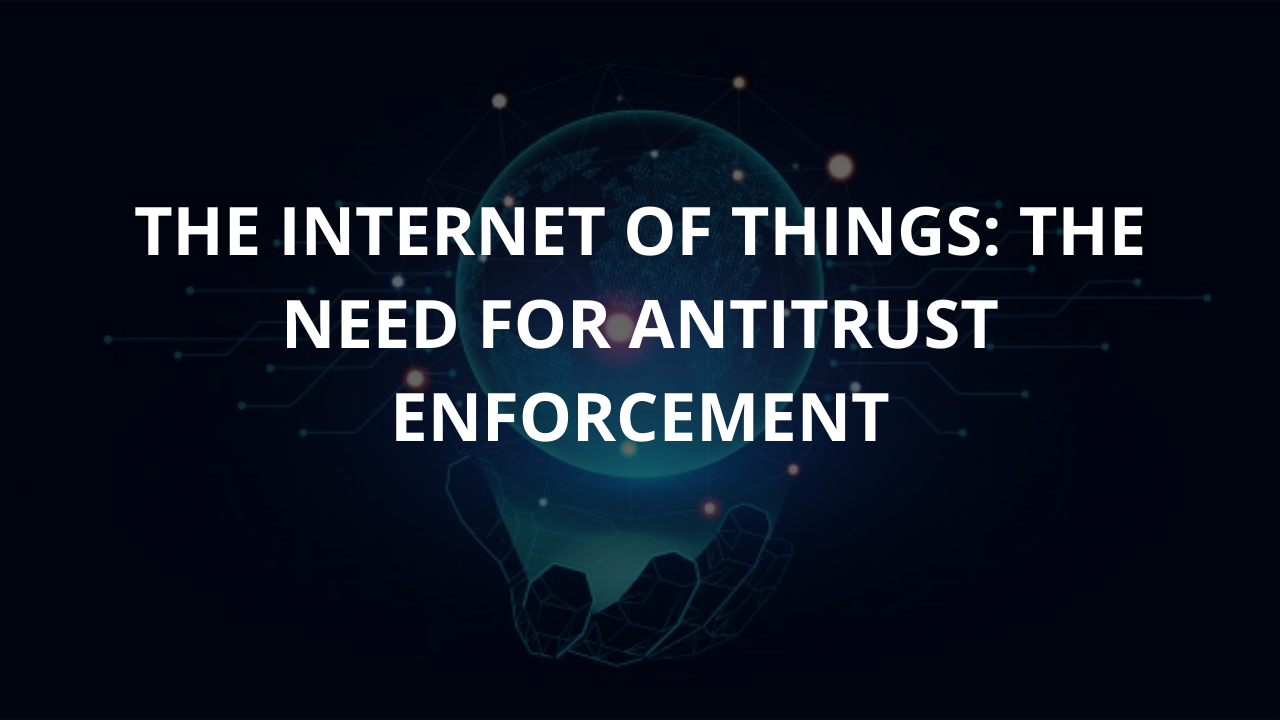 THE INTERNET OF THINGS: THE NEED FOR ANTITRUST ENFORCEMENT

One of the most important quantum leaps that have been birthed since the advent of artificial intelligence would be the advent of the Internet of Things. The core concept of the Internet of Things is the connectivity and the network of things, or physical objects and gadgets. These physical objects have software and sensors which are integrated into them to extract, connect and exchange data with other devices over the internet. These devices range from ordinary household objects to sophisticated industrial tools. With more than 10 billion connected IoT devices as of 2021, experts are expecting this number to grow to 30.9 billion by 2025.

Devices and Gadgets like fridges, home thermostats, heart devices, bridges (that have their sensors embedded with monitoring stresses), self-driving cars; vineyards (which predict when fruit flies will arrive), and cows (collars which track their paths in a field to increase productivity) are all being operational now. Wearable devices in the health sector are experiencing huge growth.  A blog on the Huffington Post recently referred to a report from a UK innovation foundation which found that 95% of doctors saw an increase in patients attending consultations with health data they had collected themselves and that 90% of doctors said it was useful. IoT connectivity transforms basic products and functions into ‘smart devices’, ‘smart’ because these devices act smarter than things that have not been tagged with sensors and connectivity.[2]

DISRUPTIVE NATURE OF THE INTERNET OF THINGS

The entire concept of the Internet of Things is disruptive, and it opens up a vast expanse of opportunities for creatives looking for a competitive edge. Disruption births competition as it makes companies compete over products by transforming them into smarter devices. In business, the unique selling points of products are the factors that make them unique and more desirable to consumers. While IoT devices generally create the ambience of a better quality of life and efficiency, first-mover and disruptive advantages may generate some form of concerns from competition authorities because of the monopolistic tendencies of the disruptor. The European Commission conducted an inquiry in 2020 to identify certain risks attendant with the advent of the Internet of Things. In a report, they stated that they had detected the emergence of digital ecosystems and gatekeepers, as well as certain forms of self-preferencing and practices linked to the use of proprietary standards that could represent barriers to entry and innovation, and could lead to restrictions on market access for competitors, thereby restricting and/or distorting competition in the sector.[3] Moving forward, a glance at the barriers to entering the IoT market is in order.

Some factors exist that inadvertently affect competition in the sector of the Internet of things. These factors largely reflect the dearth of institutions, structures, and mechanisms that prevent unlawful restraints, monopolies and unfair business practices. Mentioned below are a few factors that make for very unhealthy competition in the IoT sector

A barrier that makes it difficult for a vast expanse of entrepreneurs to access the IoT sector is the high cost of certain technologies. It is no news that the cost of investing in technology is high. For instance, the amount of people that can at this time break into the Voice assistance space is circumscribed because of the attendant high-cost implication. Major players in the voice assistance industry that have built their ecosystems like Google, with their Google Assistant, Amazon, with Alexa, and Apple, with Siri, have made their names, such that new entrants into the field of voice assistance will find it difficult to tangibly emerge. A cursory glance at smart devices would inform the looker that there is a seeming exclusivity of voice assistants of certain IoT devices, especially smartphones. Respondents of the above-mentioned inquiry indicate that the leading providers of voice assistants and/or mobile devices pre-install, set as default, or otherwise give prominence to their services or the services of major international players on the smart device. Almost all smart devices around the globe have a single built-in voice assistant, and diverse attempts from major players in voice assistant services to secure exclusivity of their voice assistant have been detected. A situation where different voice assistants are used on the same smart device is rare, and this can create a competitive advantage for the provider of a service that is preinstalled to the detriment of often smaller and/or local players.

Another blockade to entry into the IoT sector is the need for interoperability of data, and access to quantum amounts of data which only the major players in the IoT sector possess. Service providers in the IoT space deal with and collect a vast expanse of data. The data collected enable the service providers to provide a premium user experience for their consumers, respond appropriately to the needs of their consumers, and develop the product further. However, because IoT devices need interoperability of data to function, new entrants into the IoT space would find it difficult to render premium services to consumers. The limitations of data portability largely reduce the efficiency and the solutions that should be provided by IoT devices produced by new entrants into the sector. There’s a long list of innovation projects which have attempted and failed to break into the virtual assistant market because the major players are so dominant.[4]

The IoT sector equally has a very complex standardization landscape. There are standardization bodies that exist in a bid to make IoT products compliant with best practices. The bodies however have complex rules of membership and participation that only major players in the IoT sector can comply with. There is also a lack of common standards for different devices due to the existence of proprietary technology.

The sector inquiry made by the European Commission had a preliminary report, part of which has been summarized above, which was subject to public consultation until the 1st of September 2021. The European Commission intends to publish the final report in the first half of 2022, and the information collected is intended to guide the commission’s future enforcement and regulatory activities as regards the IoT sector.

1. Regulations that discourage the exclusivity of voice assistants to devices should be enforced. The choice of the voice assistant that gets attached to a certain device should be left at the discretion of the user alone. If a user has the choice of using whatever keypad he intends to use to send messages and operate his phone, there is no reason why he shouldn’t be entitled to the usage of any voice assistance service of his choice.

2. Data Portability could also be encouraged, as long as the data portability mechanisms are compliant with Data Protection Laws.

3. As advantageous as the standardization landscape of the IoT sector is, the bureaucratic nature of the landscape stifles rapid growth, especially among growing Tech companies. The rules of membership could be relaxed and made flexible in other to encourage participation and growth of more companies that are participants in the IoT sector. Efforts could be made towards the establishment of common standards for the different technologies which these Tech companies intend to create.

The importance of competition in a nation’s economy cannot be overemphasized. When companies that offer similar services compete with each other, they are put under pressure to offer not just the best services, but the best prices, and the best quality. Consumers and businesses largely benefit under an ambience of a strong antitrust regulatory framework. However, efforts must be put in place to preclude people and companies from taking the competition to the highest level by eliminating the other players in their industry. 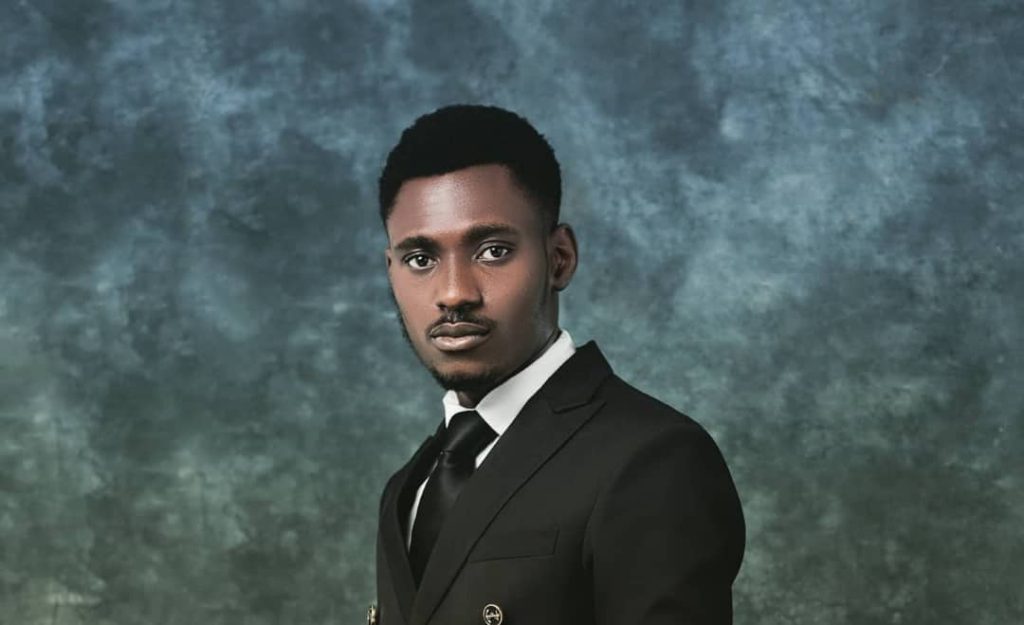 Theophilus Aigbogun is a Junior Associate with Marcus-Okoko & Co., and specializes in Tech Advisory, Legal-Tech, and Regulatory compliance.