THE INTERNET OF THINGS: LEGAL REALITIES 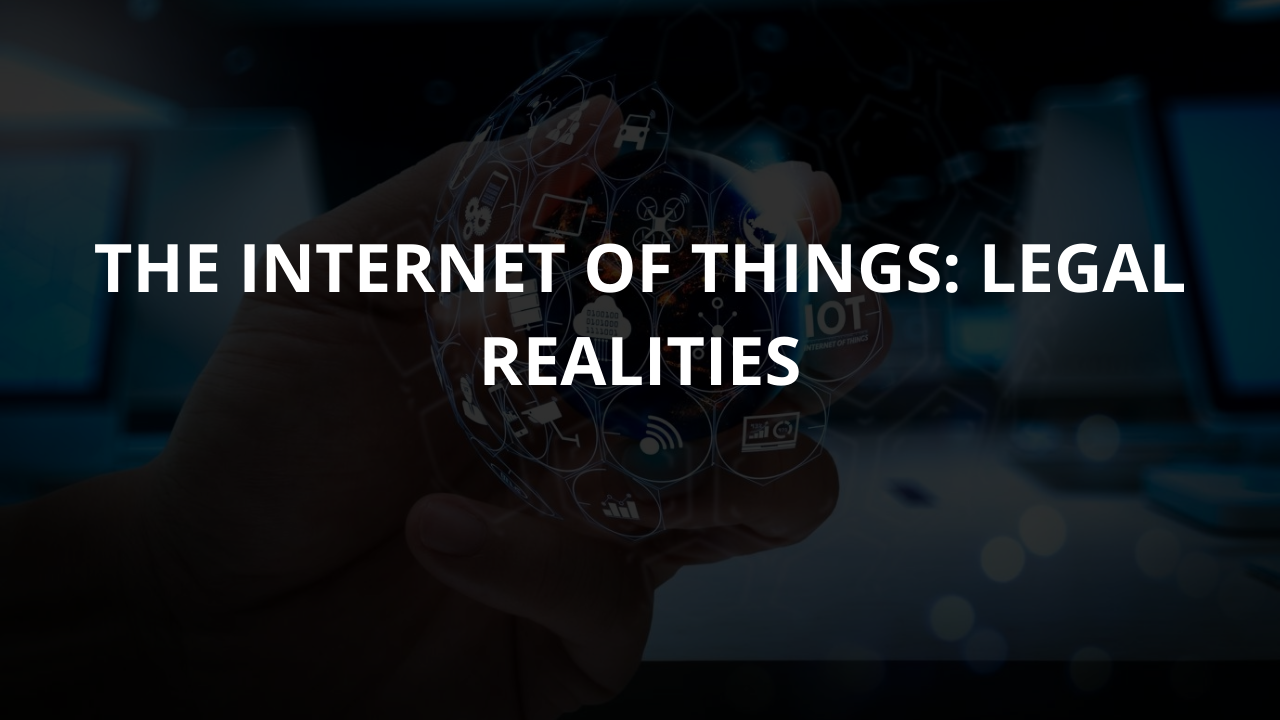 In recent times, development in the ambit of Technology and Artificial intelligence has been increasing with supersonic speed. One of the subsets of Technology today is the Internet of Things. It is important to note that for social justice to remain balanced, the Law would have to evolve with it. The Internet of Things refers to the interconnectivity of devices through the internet, and an environment of data-collecting sensors and devices with unique identifiers that can transfer data.[1] IoT devices interpret data transferred without requiring human-to-human or human-to-computer interaction.

According to Business Insider, IoT analytics, Gartner, Intel, Statistics, there are expected to be more than 30.9 billion IoT devices worldwide by 2025.[2] It has also been estimated that about 127 IoT devices connect to the internet every second.[3] The existence of the Internet of Things has largely gained prominence around the world. Devices such as fitness bands, to smart grids that provide sustainable energy solutions, are all part of the IOT ecosystem. A whole range of devices are becoming internet-enabled or ‘smart’ including, but not limited to, smart lights, smart homes, smart refrigerators, etc. These internet-enabled devices facilitate interaction between themselves. These forms of interactions are known as machine to machine or M2M interaction) which require minimal human intervention.

The Internet of Things essentially relates to Internet-connected devices, which may collect user data and conduct analytics. Recent trends and developments have however shown that the Law is still trying to evolve along the lines of the Internet of Things.

LEGAL ISSUES AS REGARDS THE INTERNET OF THINGS

The above paragraphs have attempted to shed light on the concept of the Internet of Things, as well as give a brief overview as to the seeming advantage of its emergence. The economic impact of the IoT is mind blowing. It contains the solid foundation for disruptive innovations with multiple unknown benefits. IoT technologies represent $14 trillion of value creation in a decade.[4] Moreover, as a disruptive sector, the IoT opens up real opportunities for early adopters looking for a competitive edge. In addition, IoT increases labor productivity and overall growth, albeit the full potential is yet to be unfolded. There are however legal issues to be taken into consideration to preclude the emergence of anarchy and complicated issues in the area of the Internet of Things,[5] which will be explained below.

It is very probable that the interconnectivity of devices that are owned by a single person can expose the individual to a lot of risks. IoT devices require the collection and processing of gigabytes and terabytes of personal data, which do not exclude sensitive information, like Bank Account Numbers, BVN numbers (In Nigeria), Blood groups, and other information which would reasonably be classified as sensitive. For instance, where there is a successful hack on a smart car owned by an individual, the risks portended by this hack cannot be underestimated. With more IOT devices coming to the scene, the potential for a data breach is high, and steps would need to be taken to curb this. An increase in data collection consequently results in a high risk of breach or failure in data security. Due to the copious benefits that the Internet of Things has got to offer, the use of IoT devices cannot be restricted to personal use alone. IoT devices can be used in various institutions and sectors, including hospitals. In hospitals, IoT devices can be used to track the vital information of patients, which medics can use to determine required medication. The hacking of these medical systems would pose life-threatening consequences. Whilst these examples might seem extreme, they do highlight the importance of getting security right and ensuring user confidence and trust. Data subjects give their consent before their data is collected. However, in IoT systems, obtaining consent from data subjects and adhering to other requirements or privacy proves difficult, especially owing to insufficient standards for data security layers.

Although in a balanced economy, monopolistic tendencies are usually frowned at, and healthy competition is usually being encouraged, there is the tendency of competition to be taken to the extreme when it has to do with the Internet of Things. Companies that create a vast range of IoT devices can have a competitive advantage against those with fewer devices. For example, consumers are more likely to buy a Macbook if they own an iPhone (compared to a Google Pixel) given that a Macbook and an iPhone would ordinarily sync better together. The same goes for IoT devices. For this discourse, we will take a brief look at voice assistant services. For remote control, which is a feature that is a precursor to a very functioning state of smart devices, Amazon uses Alexa, Google uses their Google Assistant, while Siri is to Apple. Inquiry into this sector informs that IoT providers need the services of voice assistance providers and that the supply of voice assistance is limited.[6] Main providers of voice assistants attempt to gain exclusivity of voice assistants by several practices including pre-installing or setting as default their services and voice assistants on several smart devices. This inadvertently creates a competitive advantage for the providers of these service providers to the detriment of smaller actors and players since voice assistants collect a lot of data, manage these data flows, and user flows, the voice assistant vendors because of machine learning and smart algorithmic training can improve the quality of the voice assistance which they render. The smaller players are however disadvantaged because they do not have the kind of access these big players have to those quanta of data. Companies need to be conscious that there are antitrust considerations at play with the increasing interconnectedness of IoT devices.

The issue of who bears liability on default of an IoT product is also an important issue for consideration. An IoT device essentially consists of its hardware component, software component, and other service elements. This automatically presupposes the fact that there are diverse actors and players in the development of IoT devices. Each of these components and elements have their warranties and disclaimers. It is consequently then difficult to pinpoint which actor on the IoT transaction chain is responsible for a default in the event of a deficiency. A user who does not know who is liable would find it difficult to claim any form of compensation, because in Law, there must be a legal entity in a suit.

Although the Internet of Things’ sector has seen a premium level of technological advancements, the sector is still deregulated. A major recommendation that would solve some of the legal problems and complications that attend the Internet of Things’ sector is to ensure that the healthy structures are put in place by  Governments of diverse nations to make for strict regulations.

The Data Privacy and Protection Laws of different jurisdictions have to be reviewed, and upgrade to make sure they are abreast with advancement in the development of IoT devices. In an instance where IoT devices have to connect to Internet could services, or gateway platforms, the IoT devices would need to connect to Data analytic services in cloud computer setting. In this situation, the regulation of that particular jurisdiction must ensure that the cloud computing company ensures the security of the cloud platform. Key point indicators, and requirement must be put in place, and cloud computing companies must be seen to have satisfied those requirements before it can be safely said that the quantum of data involved have been truly protected.

A foundational principle of Data Privacy and Protection is that the consent of Data subjects is the precursor and the legal basis for the processing of those Data. Regulation must be put in place to ensure that all IoT devices have e-user consent forms in the user interface of the IoT device to make sure that the consents of users are gotten. Also, due to the interconnectivity of different devices, different devices interact with each other at different points. Regulations must provide that at each point a new device is about to connect with a device whose consent has been granted for Data processing, a fresh consent form has to be signed by the user before the new device connects.

Regulation must also cover the issue of transfer of data across jurisdictions. The bodies responsible for the processing of personal data which is to be transferred to another jurisdiction have to satisfy already laid down legal basis for the transfer of such data, and regulations must compel them to make security measures for the protection of the data[8]

A strong regulatory framework has to be put in place to eradicate monopolistic tendencies. Healthy competition poses a number of advantages to a nation’s economy. We earlier looked at Voice Assistant services as the major sources of monopoly in the IoT space. Regulations could be put in place that would prevent the ‘big’ players in the industry from pre-installing their software on devices.

Regulations must vividly define the roles, obligations and the rights of each of the parties (Producers and Users of the IoT devices). A clear definition of legal obligations would enable each of the parties do what is required of them. Producers of IoT devices must clearly state foreseeable occurrences, and must discuss the issues of Force Majeure. This would enable the proposed users know the pros and cons of obtaining the IoT devices. By operation of the law, parties must know ‘who-bears-what-liability’ when issues arise.

The Internet of Things dispenses a plethora of advantages today. The interconnectivity of devices presents an almost seamless medium for machine-to-machine interactions, thereby decreasing the existing activities of humans. For instance, medical devices which are connected to the internet can provide information to doctors that can save the lives of their patients. At a minimum, such possibilities are very alluring.

It is however imperative to note that the framework and the ecosystem of the Internet of Things can, if not properly managed and regulated, put humans at probable risk of personal and industrial injury, loss of property and lives, and definitely, loss of privacy. This would even come to bear if the IoT devices were designed for convenience rather than security.

It would therefore be the duty of Governments of diverse nations, attorneys and citizens alike to find a balance between the advantages of the Internet of Things, and the seeming overreaching consequences of the improper creation of IoT devices.

[7] autopilot driverless technology resulted in the death of the driver 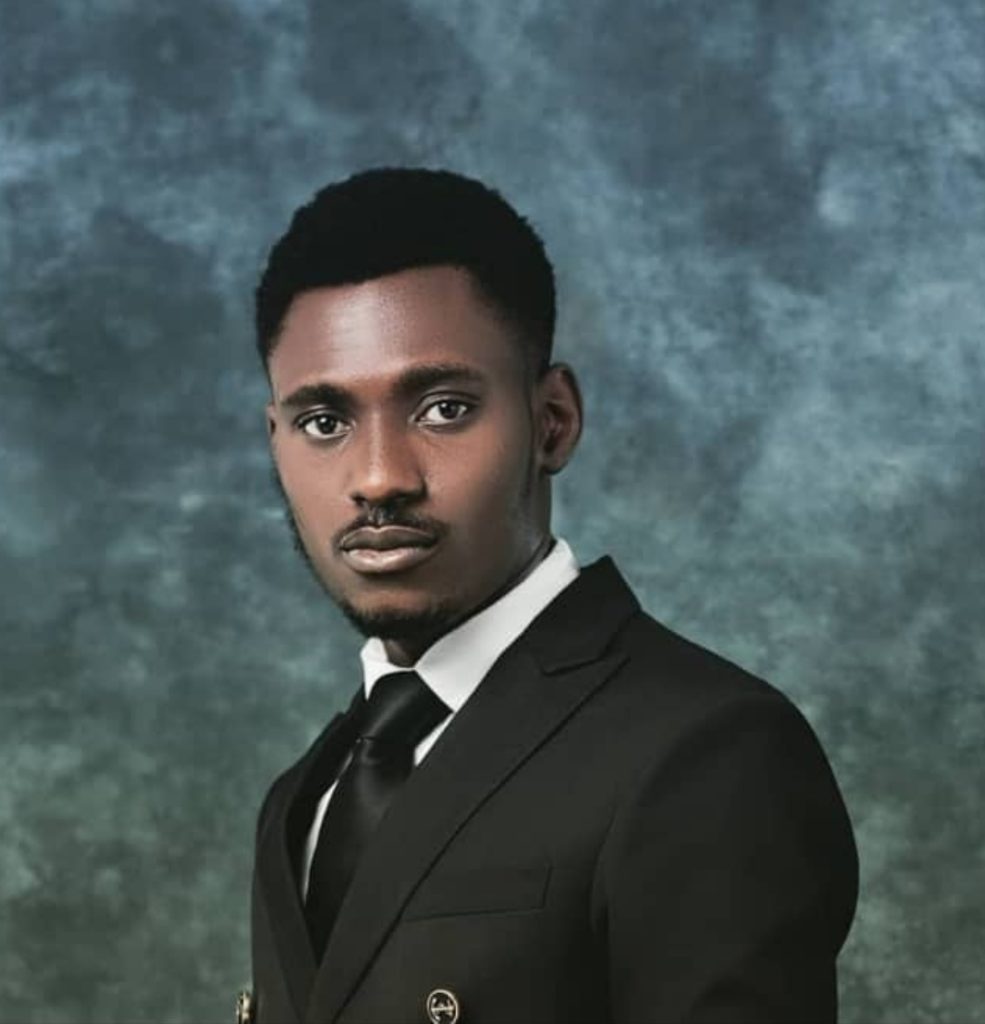 Theophilus Aigbogun is a Junior Associate with Marcus-Okoko & Co., and specializes in Tech-Law Advisory, Legal-Tech, and Regulatory compliance.

Previous Article: SPACE LAW AND NIGERIA: THE NEXUS
Next Article THE LEGAL PRACTITIONERS ACT AND THE REALITIES OF MODERN ARBITRATION