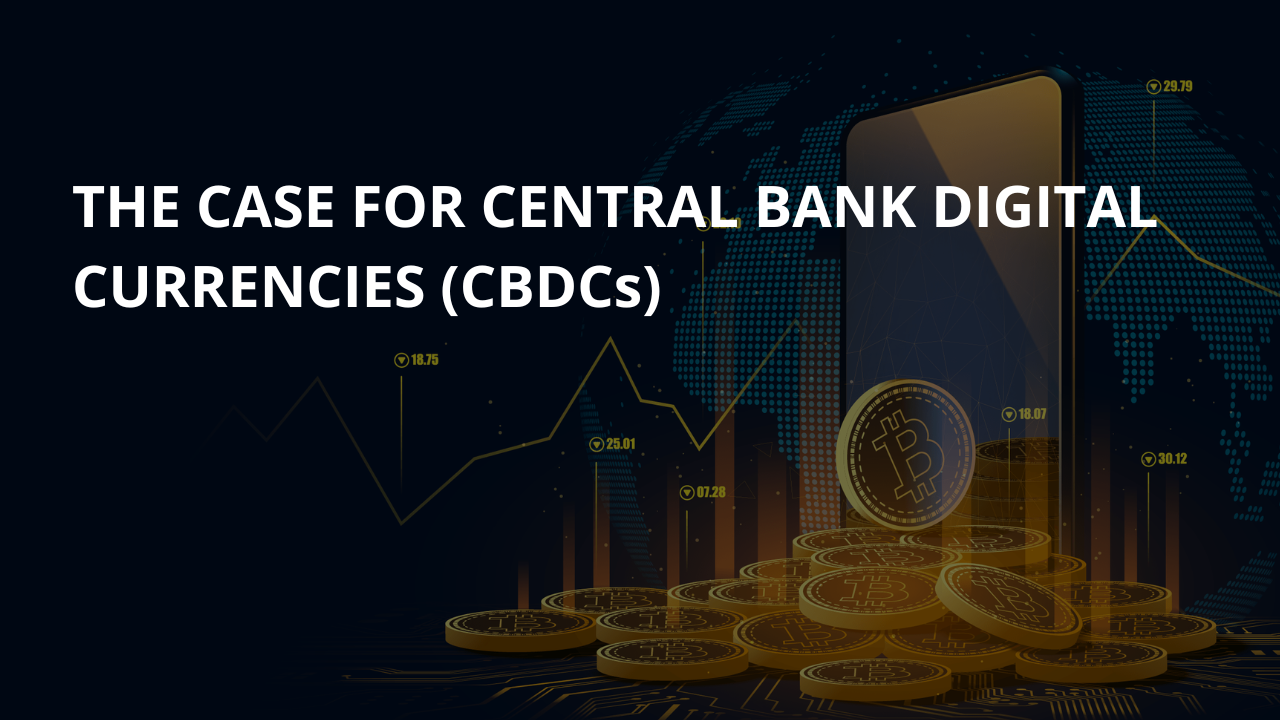 A new chapter in the history of money has begun. Countries are seeking to preserve fundamental parts of their existing monetary system while experimenting with new digital forms of money. So, there is a struggle for the financial system going on right now, and new technology is set to revolutionise the way we use money forever. Throughout human history, whenever an established system faced up against a digital challenger, the digital challenger has always triumphed, despite initial opposition. For example, Blockbuster and other traditional methods of renting movies have been displaced by streaming platforms such as Netflix. The same can be said regarding Kodak’s bankruptcy as a result of its failure to adapt to new technology which ushered in digital photography. This begs the question of why money will be any different.

Money is entering a new chapter, individuals are spending more money digitally, thanks to fintech, cashless transactions, and blockchain-powered cryptocurrencies. Governments are also seeking to preserve key aspects of the traditional monetary & financial systems while experimenting with new forms of digital money.

Considering the unique nature of the economies of different countries, there is no universal case for CBDCs and digital currencies. The focus of this article will be on Nigeria, which has adopted a CBDC and has the sixth-highest cryptocurrency adoption rate globally.[1] This article explores CBDCs and what they offer.

WHAT IS A CBDC?

A Central Bank Digital Currency (CBDC) is a digital form of a country’s fiat currency. CBDCs are issued and regulated by a country’s government through its central bank and have the same value as fiat currency.  While Nigerians have held money predominantly in digital forms eg bank accounts, payment apps or through online transactions.

CBDCs are similar to cryptocurrency because of the underlying technology, but they are issued and regulated by the apex banks of the relevant countries and they may not anonymise transactions. CBDCs aim to promote financial inclusion and simplify the implementation of fiscal policy. They can be owned by anyone and transferred to e-wallets, such as Nigeria’s e-Naira and China’s e-CNY.

In 2021, the UK finance minister proposed that all G7 countries implement a CBDC in the coming years. Currently, over 86% of major banks throughout the world are investigating or building their own CBDCs, with nine countries having done so already, including Nigeria.[2] The move towards CBDCs is gaining traction, currently about a 100 countries are experimenting with CBDCs.[3] A few countries have progressed beyond conceptual discussions of CBDCs and are already experimenting with them, with some already implementing them. These are still early days for CBDCs and we still do not know their full capacity, but we do know that central banks are building capacity to harness new technologies to prepare for the future.

CBDCs aim to facilitate formal cross-border transactions and its implementation offers numerous benefits which include:

1. Efficiency & low costs: The technology on which it is based also means that CBDCs are more efficient and have lower costs, among other benefits offered by digital currencies.

3. Financial inclusion: Digital currencies improve the percentage of the population who have access to financial products, thereby promoting financial inclusion. Financial institutions, especially in rural areas, can employ digital currencies to bridge the financial gap by establishing infrastructure in those areas. However, in Nigeria, this benefit may not be fully realised because a large percentage of the population lacks access to mobile internet services.

4. Guarding against illicit financial transactions: Limits on the holding of CBDCs prevent sudden outflows of bank deposits into CBDCs. And limits on the holding of a CBDC may also help meet people’s desire for privacy while guarding against illicit financial flows. Individuals are allowed to have smaller holdings without the need for full identification. Larger transactions and holdings require more thorough scrutiny because the risks of money laundering and terrorist financing are higher. This helps to strike a good balance between financial inclusion and necessary protections for public finance. An added bonus is that CBDCs could serve as a vital backup if other payment mechanisms fail.

CBDCs, if developed effectively, have the potential to provide more resilience, safety, availability and lower costs than other forms of digital currencies.  This is clearly the case when compared to unbacked crypto assets that are inherently volatile. Even stablecoins may not be quite a match against a stable and well designed CBDC. Despite all the benefits offered by CBDCs, there are some concerns with CBDCs, especially when compared with cryptocurrencies they include:

1. CBDCs are centralised: CBDCs use the same underlying technology as cryptocurrencies, but they eliminate decentralisation, which is considered to be one of crypto’s major advantages. CBDCs are controlled and issued by the apex bank of the relevant country, for example the e-Naira is issued and regulated by the CBN. As a result, it is understandable that people are concerned about the government’s involvement in digital currencies.

2. CBDCs are programmable: The most significant distinction between money and a CBDC right now is that a CBDC is programmable, which means that whoever controls it will theoretically have comprehensive information about all of our financial transactions.  There have been some concerns about the programmable nature of CBDCs, one such concern for example is that the government may impose an expiration date on your money in order to force individuals to stimulate the economy. For example, in China the digital currency is programmable to have an expiration date.[4]

3. Governments may impose spending restrictions: Another concern is that governments can impose restrictions on what people can and cannot buy with their money. For example, it is possible that a government could introduce a personal carbon allowance (to aid in the battle against climate change) in coming years. This might lead to prohibiting individuals from purchasing a commodity like gasoline (petrol) if they have already exceeded their monthly carbon allowance. Considering the peculiar situation of Nigeria and our great dependence on fuel for cars and generators, this concern is especially valid.

While these concerns are valid, it is important to remember that something being a possibility does not make it true and it also does not mean the reality will be that sinister. CBDCs, if correctly implemented and fairly applied, could improve payment efficiency, promote transparency into how funds flow, validate blockchain technology for individuals who are concerned about its unregulated nature, and ultimately drive its mainstream adoption.

The economy is under more strain now than it has ever been, and our local currency reflects this. The naira has significantly depreciated against the US dollar, causing the cost of basic necessities to skyrocket. In response to our economic realities, the Central Bank of Nigeria (CBN), like the central banks of other countries such as Ghana and Kenya, has imposed limits on dollar transactions.

The value of crypto stablecoins becomes more evident when these cases are considered. Stablecoins are digital currencies whose value is tied to that of a fiat currency or commodity. For example, the USDT is pegged to the value of the US dollar. In situations like this, where dollar transactions are restricted owing to a dollar scarcity in the country, business owners, importers, and exporters are not forced to rely on the supply of the fiat dollar’; instead, they may use the USDT. When the value of the USDT is compared to the value of the e-Naira in circumstances like this where transactions require foreign currency, the USDT clearly offers more value than the e-Naira. So, in order to define the apex bank’s stance on crypto regulation, a balance must be struck. The best interest of the public, the central bank, and the banking industry must all be balanced.

When it comes to CBDC legislation and adoption, privacy concerns can be a deal-breaker, so legislators must strike the appropriate balance. CBDCs also necessitates careful planning in order to meet policy goals such as financial inclusion and avoid negative consequences such as abrupt capital outflows, which could jeopardise financial stability. Trust in CBDCs will be bolstered by rigorous design and policy considerations taken together. But trust must be underpinned by an excellent central bank with a track record of fulfilling its mandates. The success of a CBDC, if and when it is issued, will be determined by the level of trust it inspires. As a result, any CBDC that succeeds must continue to foster trust in central banks.

Another issue is the allocation of assets in the event of bankruptcy, which brings to mind Coinbase’s statement stating wallet holders were akin to unsecured creditors.[5] The question is would the bankruptcy of such an institution affect the customers assets in its custody, if it will not what will happen? While the SEC regulations address this issue to a certain extent, it will be more effective if both the SEC and CBN addressed the issues. Provision for the insurance of certain deposits being placed on digital assets may be a better alternative for consumer protection instead of investor limits for retail investors.

The digital finance space is both innovative and largely unregulated, the reward for this in addition to the benefits already mentioned is new forms of fraud and cybercrime that we can barely imagine now. Crypto transactions have opened up the country to an increase in fraudulent transactions & scams. Crypto scams have also been on the rise, causing citizens to lose a lot of money. So it makes sense that governments will want to address cryptocurrency. But is the best way to do this a ban?

Numbers do not lie, people are increasingly using crypto. To address these issues and protect individuals and investors, the Nigerian SEC issued rules for digital assets in May 2022 and those rules are a good first step in the direction of cryptocurrency regulation. However, in view of the CBN’s prohibition on transactions involving cryptocurrencies and virtual assets, it’s unclear how the SEC rules would apply. Given that most players in this market will need to work with CBN-regulated businesses to complete necessary transactions, the CBN bank represents a significant roadblock to the SEC rules’ implementation. The CBN’s ban on cryptocurrency transactions is a setback for the SEC’s efforts to regulate digital assets including cryptocurrency. Proper and effective regulation of digital assets from both bodies is necessary.

It is essential that in addition to exploring and implementing everything CBDCs offer, the CBN should not neglect to also regulate digital assets. Whichever approach the CBN and other apex banks adopt, the approach must certainly be tailored towards the individual circumstances and demands of central banks. 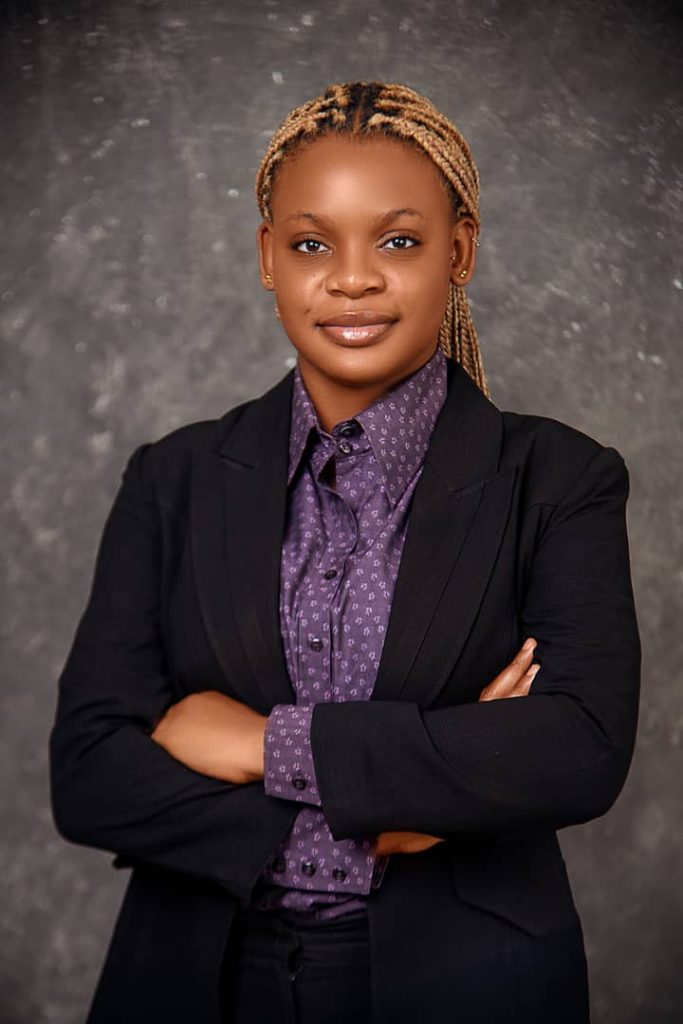 Nero Ewherido is a Junior Associate with Marcus-Okoko & Co., and specializes in , Tech Advisory, International Finance Law, and Regulatory Compliance