REVISITING ELECTRONIC CONTRACTS AND SIGNATURES: PERSPECTIVES ON DIGITISATION AND THE LAW IN NIGERIA 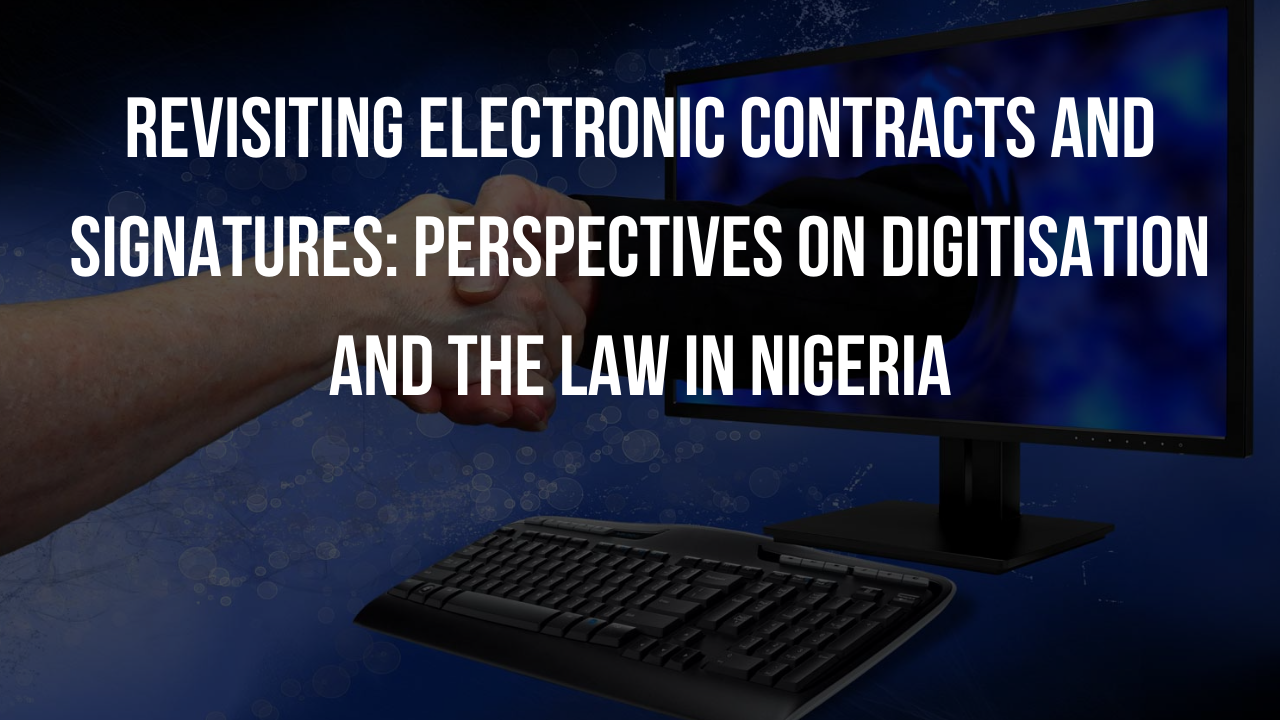 The era of digitalisation and globalisation has greatly impacted and evolved the way businesses are done around the world. The internet of things has made the world more than ever a global village, thus, the world is now a fingertip away. The Digital Era is characterized by rapid technological innovations which increases the speed and breadth of knowledge turnover within the economy and society. Business activities are easily conducted online without physical interaction between the parties. The formation of contract has gone beyond the traditional way of physical meeting of parties to discuss terms agree, review and execute their contractual agreement. Countless business transactions occur over the Internet every day, without any face-to-face interaction between the parties involved. Purchasing insurance, signing real estate contracts, using credit cards, and entering into financial agreements are just a few of the actions that people perform electronically.[1] The medium used to seal cross-border transactions is e-contract. E-contracts, or electronic contracts, are a type of contract formed online. The interaction between the parties in forming the contract can be by many different electronic means: e-mail, through a computer program, or by two electronic agents programmed to recognize the formation of the contract.[2] closely related with e-contracts is e-signature. Electronic Signatures includes unique symbols mark or process attached to or associated with a person or an entity generated electronically. Even though electronic transactions are so common, many people remain unsure about whether electronic signatures (e-signatures) and electronic contracts (e-contracts) are safe, valid, and legal.[3] While the idea of e-contracts and e-signatures is interesting, the issue of cyber insecurity and fraud threatens its usage and development. This is one of the key issues in discourse of the Nigerian context. This article seeks to interrogate e-contracts and its veracity from the legal perspectives as well as the use of e-signature on documents within the Nigerian context.

E-CONTRACTS AND SIGNATURES VS TRADITIONAL CONTRACT; THE CONTEXT

A contract is typically in writing signed by the parties who are entering into the agreement to prove that the essential principles of contract law have been satisfied. The ingredients of a valid contract are offer, acceptance, consideration, intention to create legal relation and legal capacity. These ingredients must co-exist before a valid contract can be created.[4] It follows therefore that where the contract is intended to be of an electronic type, these elements must exist. The fact that parties are not physically meeting is not mutually exclusive with the presence of the elements of a valid contract. Hence, the guiding principles of a paper-based/oral contract also are applicable to an e-contract.

An e-contract is an agreement created and “signed” in electronic form without the use of paper. An e-contract can also be in the form of a “click to agree” contract, which commonly comes with downloaded software: The user clicks an “I agree” button on a page containing the terms of the software license before being able to complete the transaction. An example is a contract an email between business associates where an offer is made for service or product then the offer was accepted with a response. The parties have their agreement type-written and signed respectively online.  In the same vein, if a Nigerian exporter and an American importer wish to enter into; one option would be that one party firstly print two copies of the contract, signs and send via courier service to the other who also signs both copies and send one copy back. Another other option is for the parties to meet up physically either in Nigeria or America to execute the contract. In the spate of e-contract, the whole contract can be completely executed seamlessly through the adoption of e-signatures to an electronic copy of the contract.

People e-sign documents in many different ways, including by typing the signer’s name into the signature area, pasting in a scanned version of the signer’s signature, clicking an “I accept” button, or using cryptographic scrambling technology.[5] They use digital identification to authenticate the signer. The signature is then electronically bound to the document using encryption. You don’t have to be a computer expert to create a digital signature, many software programs, such as DocuSign, HelloSign, Adobe, and SignNow, make the process of securely creating and e-signing e-contracts simple and affordable.[6]

THE LEGAL ISSUES AND PERSPECTIVES: THE QUESTION OF VALIDITY AND ADMISSIBILITY

The Evidence Act 2011 recognizes that any action connected with email is valid in law provided that the contents of the email remain untampered with.  The act provides that an email is presumed correct as fed into the sender’s computer for transmission but there is no presumption that it has been received or that its contents were exactly as fed into the computer by the sender.[7] In essence, where an offer or acceptance is sent by email the actual receipt in exactitude is required for the evidence of such email to be admissible.

Although the legal framework for e-contracts and signature in Nigeria remains sketchy and skeletal. The closest legal principle that can be used to back it up is that of computer-generated evidence which has a solid legal framework in section 84 of the Evidence Act. The conditions for the admissibility of computer-generated evidence is provided for in this section and was given judicial blessing in the case of Kubor & Anor V. Dickson & Ors.[13] The court held that

“Granted, for the purpose of argument, that Exhibits “D” and “L” being computer generated documents or e-documents down loaded from the internet are not public documents whose secondary evidence are admissible only by certified true copies then it means that their admissibility is governed by the provisions of section 84 of the Evidence Act, 2011”

“(i) In any proceedings, a statement contained in a document produced by a computer shall be admissible as evidence of any fact stated in it of which direct oral evidence would be admissible, if it is shown that the condition in sub-section (2) of this section is satisfied in relation to the Statement and the computer in question?. The conditions are:-

(a) that the documents containing the statement was produced by the computer during a period over which the computer was used regularly to store or process the information for the purpose of any activities regularly carried on over that period, whether for profit or not, by anybody whether corporate or not or by any individual;

(b) that over that period there was regularly supplied to the computer in the ordinary course of those activities information of the kind contained in the statement or of the kind from which the information so contained is derived;

Through the adoption of an economically possible paperless path, e-contracts and e-signatures have revolutionized the remote execution of contracts and fostered quick negotiations, but they come with their own set of challenges.  Since there is no utmost security, risk factor is very high and it is easily susceptible to fraud and manipulations. The manipulative tendencies have been expressed by the courts. In the case of Ekiti State Independent Electoral Commission & Ors V PDP & Anor, the court noted that with our modern communication technology, anything is possible. Documents and signatures are easily manipulated to the extent that genuineness of documents can no longer be ascertained by mere observation with eyes. The Cyber-crime (Prohibition and Prevention) Act of Nigeria in Nigeria however provides some succour as it criminalises several fraudulent cyber and computer related activities. At the core of issues is also data privacy and protection, the Nigerian Data Protection Regulation (NDPR) has made some strides in providing a basic legal framework for data protection. On the whole, e-contracts and signatures is fast becoming a reality in Nigeria especially in the recent light of COVID19 pandemic, Nigerians parties to contracts are now opting for e-signature of their contracts, the Corporate Affairs Commission (CAC) also recognises e-signatures for the purpose of pre and post incorporation filings. It is envisaged that with time, a comprehensive legal framework would be developed for e-contracts and signature in Nigeria.

[4]  Justin McCullough “What are the elements of a contract?” available online at https://www.jotform.com/blog/elements-of-a-contract/ accessed 10th June 2021. 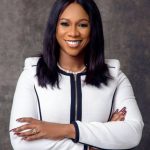 Diane Okoko, FCIArb, is the principal partner of Marcus-Okoko & Co, and she specializes in Corporate Governance and Arbitration

Next Article CYBERINSURANCE: THE STATE OF NIMBLENESS IN NIGERIA