PAPER ON THE ENFORCEMENT OF INTRA-ARBITRATION AWARDS 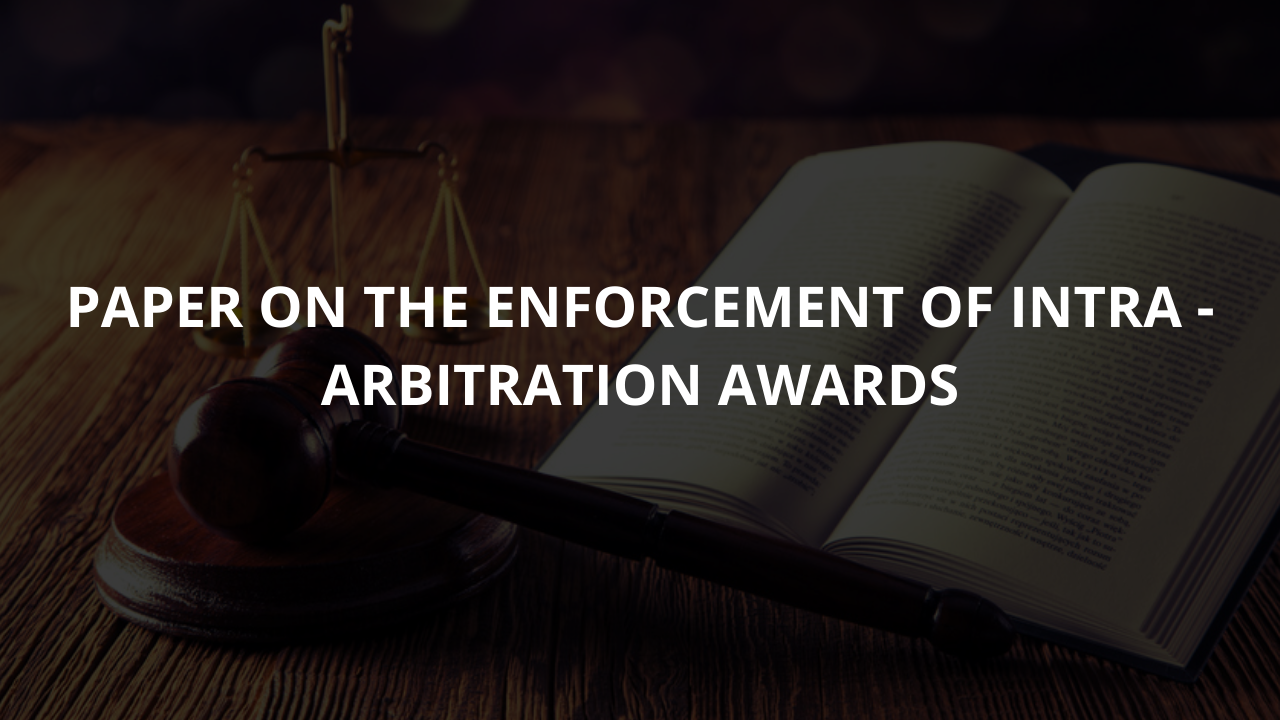 Arbitration as a process begins by consensus of parties, made either at the point of contract, or after a dispute has arisen, that certain matters which are or may be in contention between the parties will be resolved by submitting them to arbitration and not by litigation, and that the parties will honour the valid award of the arbitrator in respect of matters referred to him in accordance with the arbitration agreement. Where a party fail to honour the award, the other party can proceed the courts for recognition and enforcement of the award.  One major advantage of arbitration is that an arbitral award is internationally recognized and can be enforced in another jurisdiction as opposed to litigation.

An arbitration award, regardless of the quality of its reasoning and the terms of its decision, loses much of its value if it is not enforceable.

Nigeria became a signatory to the Convention on the Recognition and Enforcement of Foreign Arbitral Awards in March 17, 1970 and the New York Convention rules are domesticated by S.54 of the Arbitration and Conciliation Act (Cap A18 L.F.N. 2004). However, often times, after the arbitral proceedings and an award is given in a foreign, a successful party encounters difficulty in enforcing the award of a foreign arbitration panel, through the Nigerian Courts.

This paper seeks to discuss the enforcement of Intra African arbitral awards in Nigeria in relation with the Organization for The Harmonization of Business Law in Africa (OHADA) region.

CONTEXT OF THE NEW YORK CONVENTION

Article I also provides two reservations which a nation may adopt when acceding to the Convention. The first allows a nation to apply the New York

Convention on the basis of reciprocity, so that it need only recognize awards made in another State which has ratified the Convention. The second reservation allows a nation to apply the New York Convention only to those transactions considered “commercial” under its own national law.

Paragraph 2 of Article IV states that “If the said award or agreement is not made in an official language of the country in which the award is relied upon, the party applying for recognition and enforcement of the award shall produce a translation of these documents into such language. The translation shall be certified by an official or sworn translator or by a diplomatic or consular agent”.

Recognition and enforcement of the award may be refused under any of the following circumstances as provided by paragraph IV of the Convention:

ENFORCEMENT OF FOREIGN AWARDS UNDER THE ARBITRATION AND CONCILIATION ACT

The venue where an application can be made for the recognition or enforcement of foreign arbitral award in Nigeria is the Court. S. 57 (2) of the Arbitration and Conciliation Act of Nigeria defined court to mean the High Court of a State, the Federal High Court, and the High Court of Federal Capital Territory Abuja.

Section 51 of the Arbitration and Conciliation Act (CAP A18, LFN, 2004) provides a unified legal framework for recognition and enforcement of arbitral awards of both local and foreign arbitral awards thus;

In Ebokam v. Ekwenibe & Sons Trading Company, (2001) NWLR 2 (Pt. 696),32, the Nigerian Court of Appeal listed the following requirements needed for a party seeking recognition and enforcement under the New York Convention. The requirements are as follows:

Application to court for recognition and enforcement of an award is to be made by a Motion on Notice. Once the Court recognizes the award by granting leave to the creditor to register same, it shall be enforced as a judgment of that Court.

Under S.52 of the ACA, the application for enforcement may be refused if the respondent against whom enforcement is sought provides proof of the following facts:

ENFORCEMENT OF FOREIGN AWARDS UNDER THE OHADA UNIFORM ACT ON ARBITRATION

Article 30 of the OHADA provides that an arbitral award may be forcefully executed only by virtue of an order of exequatur granted by the competent Judge of a Member State.

Article 31 provides that a party that wishes to enforce an arbitration award in a member state must produce the following:

Where the award is manifestly contrary to international public policy of the member states, recognition and the exequatur shall be denied by the court.

One major variance in enforcement of an award under the ACA and that of the OHADA Act is that under the OHADA Act, an award may be forcefully enforced only when an order of exequatur granted by the competent judge of a Member State, while under the ACA, an application is made to the court for enforcement as provided under S.51 of the Act.

Also, under the OHADA ACT, the major ground for refusal to grant an exequatur is that the award is contrary to public policy of member states. While under the ACA the court will refuse to recognize and enforce an award where that the subject-matter of the dispute is not capable of settlement by arbitration under the laws of Nigeria, or that the recognition or enforcement of the award is against public policy of Nigeria and also the other grounds sated in S.52 (2)(a) (paragraph i to viii) of the ACA.

S.51 of the ACA provides that an arbitral award shall, irrespective of the country in which it is made, be recognized as binding and subject to section 32 of this Act, shall, upon application in writing to the court, be enforced by the court. However, the scope of the OHADA act is within the OHADA region.

There is no time limit when recognition and enforcement of an arbitral award may be sought under the OHADA Act before the courts of a member state. Although the ACA does not state any limitation of time, however, In City Engineering Nig. Ltd v F.H.A. (1997) NWLR (Pt 520)224, the Supreme Court decided that the limitation period for the enforcement of an arbitral award is six years and that time starts to run from the date of the accrual of the cause of action in the arbitration agreement and not from the date of making the arbitration award except where the arbitration is one under Scott v Avery provision in which case right of action is suspended until after the making of an award and in which case time shall run from the making of an award.

CHALLENGES TO THE RECOGNITION AND ENFORCEMENT OF FOREIGN

As stated earlier, under Nigerian Law, the limitation period for the enforcement of an arbitral award is six years which starts to run from the date of the accrual of the cause of action in the arbitration agreement. See City Engineering Nig. Ltd v F.H.A. (Supra).

One of the greatest challenges facing the enforcement of foreign arbitral awards is the penchant for unsuccessful parties to appeal orders of the enforcing court. This causes unnecessary delay to the Successful party from enjoying the benefit of the award. 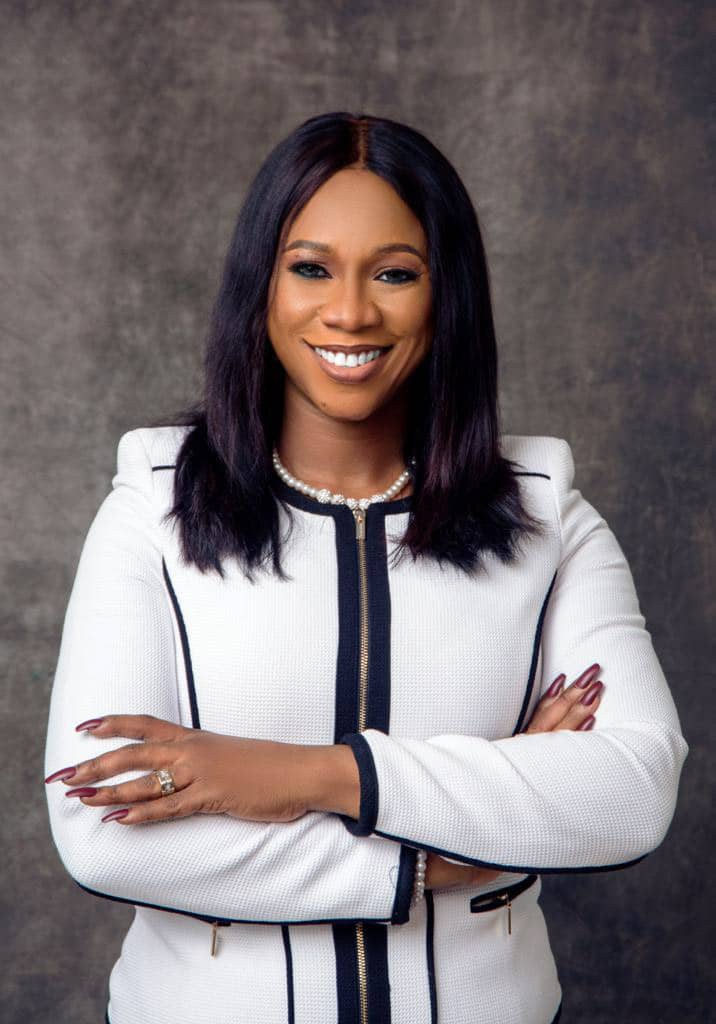 Diane Okoko, FICIArb is the Principal Partner of Marcus-Okoko & Co., and specializes in Corporate Governance, Arbitration and Regulatory Compliance.