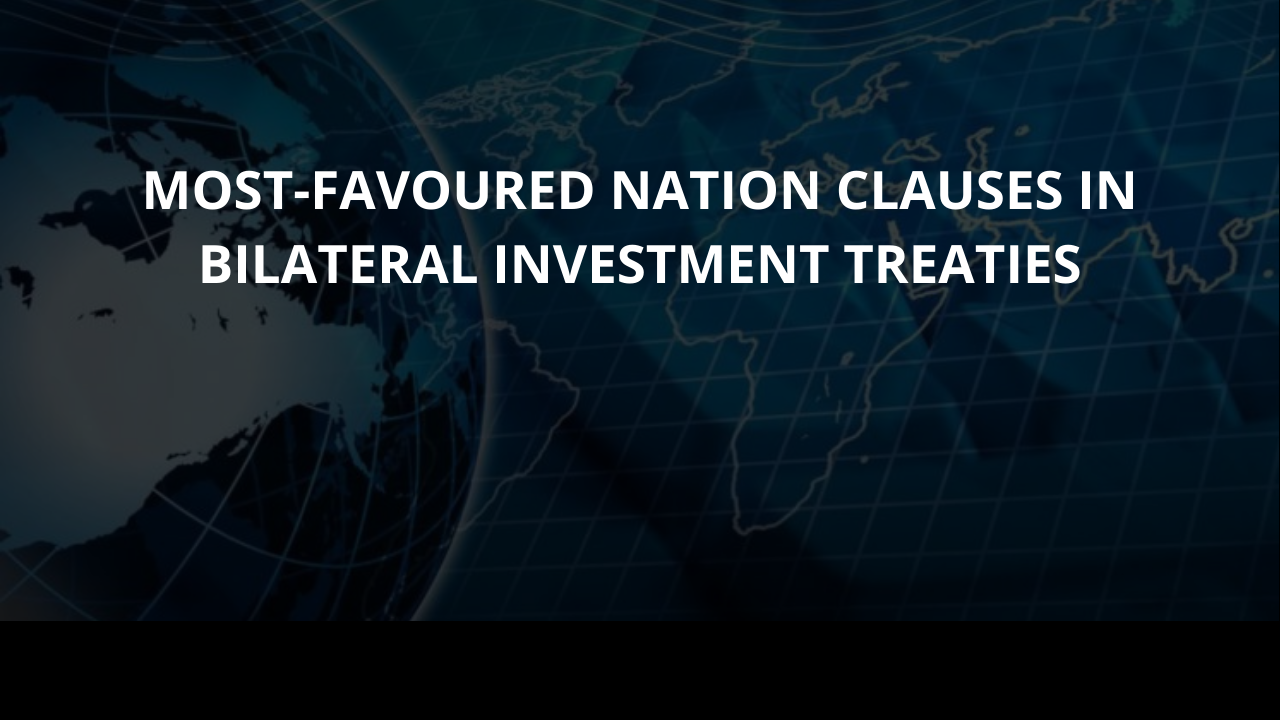 The ‘Most-Favoured Nation’ treatment (MFN) clause is one of the principles of International Bilateral Treaties (BIT), which attempts to give an investor from one State treatment in another (the host State) that is not inferior to that of the most favoured neutral third State. An investor covered by a BIT with an MFN clause can exploit the benefits offered to third-party nationals under another BIT of the host State to bring them into its relationship with the host State.[1]  MFN clauses level the field in terms of the amount of protection provided by various investment treaties and provide a mechanism for dispute settlement.

The impact of MFN clauses in bilateral investment treaties on arbitration and arbitral processes is examined in this study.

A Bilateral agreement is an agreement between two countries that contains reciprocal commitments to promote and protect private investments made by nationals of the signatories in each other’s territories. These agreements spell out the terms and conditions under which one country’s citizens can invest in another, as well as their rights and protections.

BITs protect foreign assets from illegal nationalization and expropriation, and any actions by a BIT signatory that may jeopardize the ownership or economic interests of a national of the other signatory. The provisions of BITs vary because they are negotiated agreements between the signatory parties. They however, often incorporate the following rights:

One of the main protections under a BIT is that it allows foreign investors to sue states directly by submitting claims for breach of the BIT to arbitration rather than to local courts.[2]

The first generation of these treaties were Friendship, Commerce and Navigation Treaties (FCNs), which required the host State to treat foreign investments on the same level as investors from any other State, including in some instances treatment that was as favorable as the host Nation treated its own investments. FCNs also established the terms of trade and shipping between the parties, and the rights of foreigners to conduct business and own property in the host State.

MEANING AND IMPORTANCE OF MFN CLAUSES

Most-Favoured-Nation (MFN) clauses connect investment treaties together by ensuring that parties to one treaty treat investors no less favorably than they treat investors under other treaties. MFN clauses have grown in importance as a tool for economic liberalization. They help to avoid the economic inefficiencies that would result from country-by-country liberalisation since investors from any nation are assured to be treated equally to investors from the most powerful countries in their discussions with the country where the investment was made.[3]

However, while MFN clauses are potentially a means of reducing the level of inequalities and disparities in treatment in investment law, they carry a significant risk of over interpretation by their beneficiaries and arbitral tribunals.[5] An MFN obligation only exists when a treaty clause creates it. Without a treaty obligation or MFN obligation under national law, each country retains the option of discriminating economically among foreign investors.

Arbitration is the generally accepted forum for resolving disputes between foreign investors and host States. The distinctive feature of many BITs is that they allow for an alternative dispute resolution mechanism, where an investor whose rights under the BIT have been violated can have recourse to international arbitration. This is often under the auspices of the International Centre for Settlement of Investment Disputes (ICSID), rather than suing the host State in its own courts. This process is called Investor-State Dispute Settlement (ISDS).[7]

One important point to consider in regard to the MFN clause’s interpretation and scope is whether “dispute settlement” provisions of third-State BITs that an investor beneficiary of the clause considers more favourable. On this issue, investment arbitral tribunals hold opposing viewpoints.[8]

In a series of decisions, arbitral tribunals have taken a liberal approach considering that, except if otherwise indicated in the BIT, there is nothing that would prevent an MFN Clause to be used in order to import a more favourable dispute resolution mechanism from a third treaty.

This approach began to garner interest after the decision in Maffezini v. Spain case, where the arbitral tribunal held that “if a third-party treaty contains provisions for the settlement of disputes that are more favorable to the protection of the investor’s rights and interests that those in the basic treaty, such provisions may be extended to the beneficiary of the most favored nation clause”.[9]

In the same vein, the tribunal in Austrian Lines v. Slovakia considered that there is “no conceptual reason why an MFN clause should be limited to substantive guarantees and rule out procedural protections, the latter being a means to enforce the former.”[10]

Nevertheless, other arbitral tribunals have rejected the argument that an MFN clause could extend to procedural and/or dispute resolution provisions. For example, while interpreting the Argentina-Italy BIT, the arbitral tribunal in the Impregilo v. Argentina case held that “Impregilo cannot rely upon the [MFN] clause in Article 3(1) of the Argentina-Italy BIT for the purpose of avoiding the obligation to resort to the local courts for 18 months. This clause cannot be used to circumvent the obligation to resort to the competent administrative or judicial bodies for 18 months.”[11]

Likewise, the tribunal in Euram v. Slovakia held that “even if that BIT contains a broadly worded MFN clause, that clause cannot substitute for the arbitration provision and make it possible for an investor successfully to bring arbitration proceedings against a State Party to the BIT, no matter what provisions for arbitration that State Party might have agreed to include in its other BITs. [It concluded] that the MFN provision in Article 3(1) of the BIT does not affect the scope of its jurisdiction under Article 8.”[12]

In Siemens v. Argentina the ICSID Tribunal ruled that an MFN clause is applicable to all matters including dispute settlement provisions within a treaty framework. In contrast, the ICSID Tribunals in Salini v. Jordan rejected the possibility of applying MFN clause over procedural issues.

MFN Treatment is one of the most important standards of treatment for investors and their investments. While this principle provides some useful guidance, it is not always simple to apply and interpret. Even though prior decisions of arbitral tribunals do display consistency or have binding precedential value, their reasoning can be persuasive and may serve to inform States, investors and other tribunals of the current thinking on a difficult issue, especially when they concern the same BIT or a similar provision.

[5] Evoda Kayitana “The Scope and Application of Most-Favoured(MFN) Clauses in Investment Treaties: A Survey of the Jurisprudence of The International Centre for Settlement of Investment Disputes” Accessed on 10th June 2021, https://www.ajol.info/index.php/naujilj/article/download/168809/158275

[8] Evoda Kayitana “The Scope and Application of Most-Favoured(MFN) Clauses in Investment Treaties: A Survey of the Jurisprudence of The International Centre for Settlement of Investment Disputes” 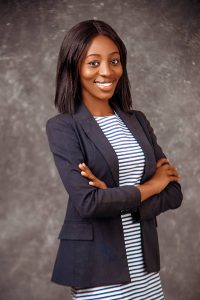 Osama Obasoyo is an Associate with Marcus-Okoko & Co., and specializes in Energy Law, International Trade, and Arbitration