FILM AND VIDEO WORK CENSORSHIP AND CLASSIFICATION IN NIGERIA 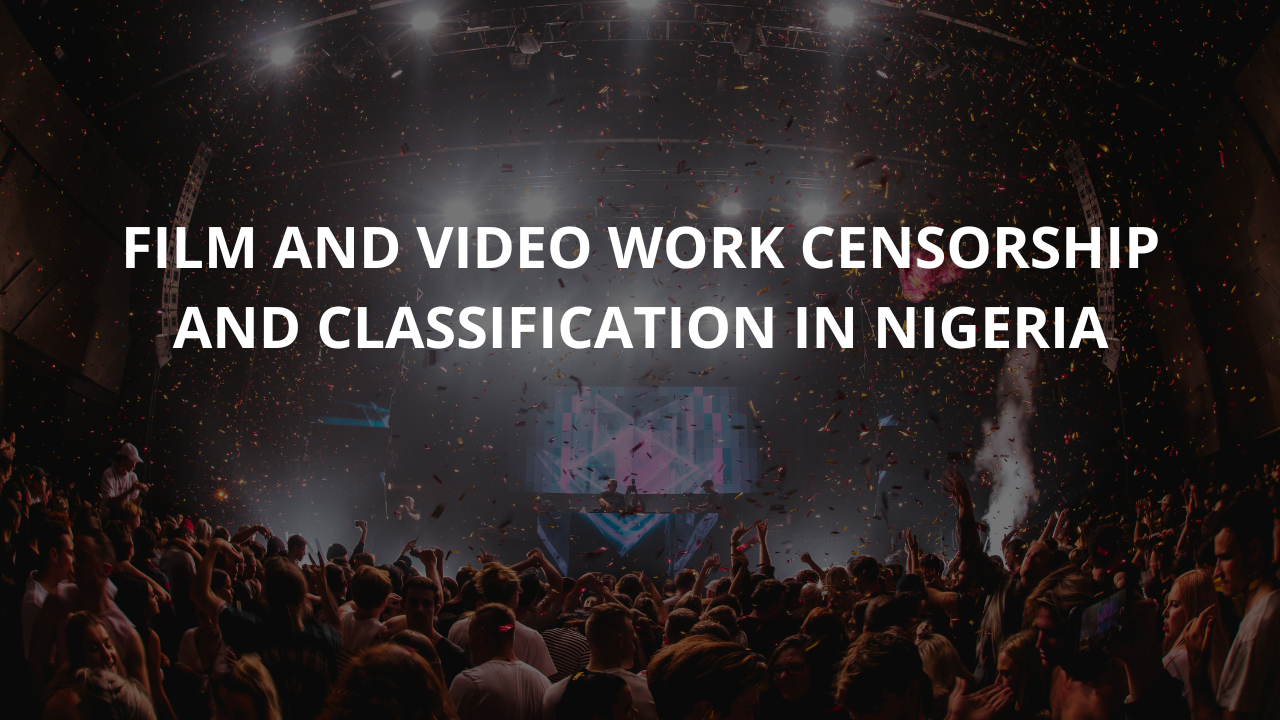 “A Plea For The Art of the Motion Picture: We do not fear censorship, for we have no wish to offend with improprieties or obscenities, but we do demand, as a right, the liberty to show the dark side of wrong, that we may illuminate the bright side of virtue—the same liberty that is conceded to the art of the written word—that art to which we owe the Bible and the works of Shakespeare.”

Censorship in Nigeria can be said to be a colonial ideology. In the British colonial rule of Nigeria, Exhibitors and Performers were only permitted to exhibit or screen films in venues licensed by the colonial government.

In the present time, films and video works operate under restricted expression. There are laws and regulators. No person is allowed to exhibit, distribute or supply an unexempted film or video recording without a Censorship Certificate issued by the censors Board, i.e. all feature films and video works produced in Nigeria or imported, must first be submitted to the censors Board for registration, censorship and classification before exhibition, distribution or supply to members of the public.

Further, ‘No one shall exhibit, distribute, cause or allow to be exhibited or distributed a musical video unless a censorship certificate has been issued by the Board. Each musical video track in a musical video recording shall be considered a short length film to be censored and classified independently.’[1]

A film is any visual or moving image work recording on any medium produced that includes a second recording and can be reproduced. The Copyright Act refers to film as ‘cinematograph film’ and defined it ‘to be includes the first fixation of a sequence of visual images capable of being shown as a moving picture and of being the subject of reproduction, and includes the recording of a sound track associated with the cinematograph film’ [2] NFVCB Act defines film to include ‘any record, however made, of a sequence of visual images, which is a record capable of being used as a means of showing that sequence as a moving picture’[3]

WHAT IS FILM AND VIDEO WORKS CENSORSHIP

Film and video censorship refers to a process whereby any film or video work either produced locally or imported is submitted to the censors board for registration, previewing and examination prior to its categorization for public supply, distribution or exhibition. Censorship entails the examination of the contents of a film or video work to determine the age group of the target audience, based on the film’s possible or inherent psychological, sociological and moral impact, among other factors.

THE APPLICABLE LAWS AND REGULATORS

Nigeria is not lacking in laws and regulations for the film industry. There are several federal and State legislations, statutory regulations and guidelines that govern film production, licensing and distribution in Nigeria. These include but are not limited to the following;

1. The Constitution of The Federal Republic of Nigeria 1999 (as amended)

19. The various State and Local Government Film laws and Regulations.

The following are the Regulators relevant to film production, licensing, and distribution in Nigeria:

1. The Federal and State Ministries of Information and Culture

CRITERIA FOR FILM AND VIDEO CENSORSHIP IN NIGERIA

The Film Censors Committee may in its absolute discretion approve a film un- conditionally or approve a film subject to such conditions as it may impose.[4]The Committee, in considering the contents of a film or a video work, before taking a decision will ensure that it has an educational or/entertainment value, apart from promoting Nigerian culture, unity or interest; The considerations are:

1. Does the film or video work undermine national security;

2. Does not induce or reinforce the corruption of private or public morality;

3. Does not encourage or glorify violence;

4. Does not expose the people of African heritage to ridicule or contempt;

5. Does not encourage illegal or criminal acts;

6. Does not encourage racial, religious and ethnic discrimination or conflict; and

7. Does not promote blasphemy or obscenity nor depict any matter which is, indecent, obscene or likely to be injurious to (public or private) morality or likely to incite or encourage public disorder or crime or is undesirable in the public interest.[5]

CLASSIFICATION OF CENSORED FILMS AND VIDEO WORKS IN NIGERIA

The Censors Board issues a Certificate of censorship on all films and video works censored by its Committee and in the certificate the classification of the film or video is indicated[6] Example:

1. ‘G’ to indicate for general exhibition;

2. ‘PG’ to indicate intended for children under parental guidance;

4. ‘12’ and ‘12A’ to indicate not recommended for children under 12 years, and 12A means that no one under 12 years may enter a cinema unless accompanied by an adult;

7. “NC” to indicate not recommended for children;

8. ‘RE’ to indicate for restricted exhibition; and

9. Such other Classification as may be deemed appropriate.[7]

REQUIREMENTS FOR APPLICATION FOR CENSORSHIP

To apply for a censorship and classification of your film, you need to supply the following:

2. An adequate synopsis of the film,

4. The censorship fee receipt with the Bank teller attached.

WHAT EXHIBITORS SHOULD KNOW

2. A film or video work to which any matter has been added or subtracted after it had been approved for exhibition shall be resubmitted for censorship and its previous approval shall be deemed null and void.

The following categories of films and video works are exempted under the law:

1. All video works and films or exhexhibitions premises to which the public is not admitted i.e., non-commercial exhibition;

2. Any documentary film or imported video documentary, produced or issued by the federal or state government;

3. The diplomatic representative of a Commonwealth or foreign country, the UNO or any organ of that organization or any other regional or global organization; An education, scientific or cultural body or society including any broadcasting or television organisation;

4. Any film or video work designed as a whole to inform, educate or instruct, i.e. instructional materials for schools or training programmes; Concerned with sports; or a video game.[8]

The right to redress is a human inalienable right. The Constitution of the Federal Republic of Nigeria, 1999 (as amended) provides for this right. In Film Censorship and classification the case is not any different. The Board’s powers are not absolute. You can ask the Censors Board Verification officer for a copy of the reason for the Board’s decision. If you are dissatisfied with the classification decision you may appeal to the Board through the Director General using the prescribed form.

1. The grounds and particulars of the appeal are stated as an attachment along with a payment of a prescribed fee.

2. On receipt of the notice of appeal the censors board shall within 60 days constitute a ‘Review Committee’ consisting of the Board Chairman and such other members who are not members of the Censors Committee that viewed the work earlier.

4. The decision of the Review Committee shall have to be confirmed by the Censors Board.

If dissatisfied with the Review Committee, the next option is to approach the Federal High Court to seek redress. No suit shall be commenced against the Board before the expiration of a period of one (1) month after written notice of intention to commence the suit shall have been served upon the Board by the intending plaintiff or his authorized agent and the notice shall clearly and explicitly state-

(a) The cause of action;

(b) The particulars of the claim

(c) The name and place of abode of the intending plaintiff; and

Under Nigerian law no person shall exhibit, cause or allow to be exhibited a film without a censorship certificate issued by the Board for such exhibition. A person in breach of the law is guilty of an offence and liable on conviction to a fine of N5,000 or to imprisonment for a term of one year.[13]

If you are considering doing or already in the film and video work business, you are required to apply for censorship certificate or exemption. 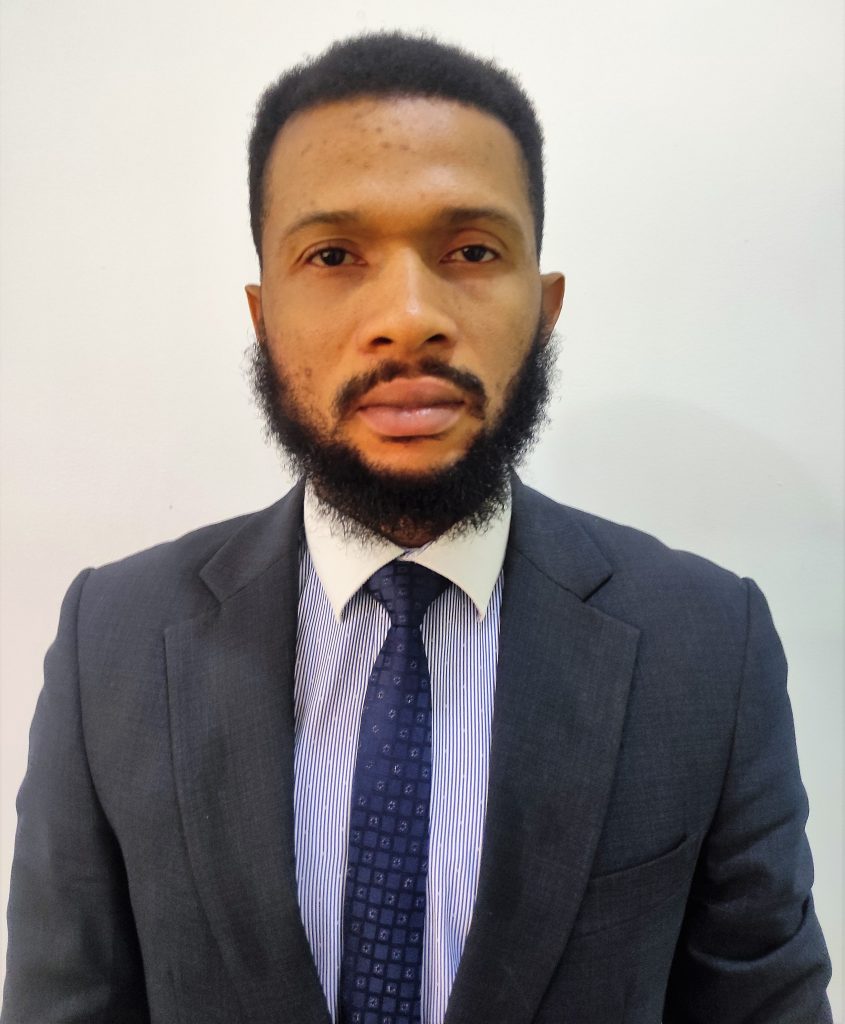 Ayakpo Marlon is an Associate with Marcus-Okoko & Co., and he specializes in Entertainment Law, Intellectual Property Law, and Regulatory Compliance.