CONTROVERSY ALONG THE LINES OF NDLEA CONSTRUCTION OF CELLS IN LAGOS 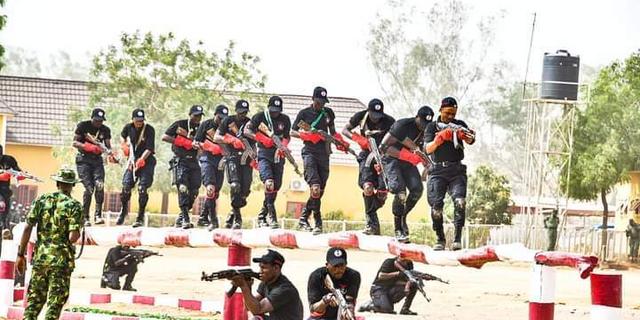 It was gathered that the estate residents’ association wrote to the Lagos Building Control Agency and the Lagos State Physical Planning Permit Agency in April 2022 when it noticed that a structure was erected at a residential building around Jogunomi street.

The estate also wrote the firm in charge of the construction, requesting necessary approvals from the Lagos State Government for the structure.

According to the estate, the company rather claimed it was constructing a store for a federal government agency and that the necessary documents for approval had been submitted to regulatory agencies.

The Vice President of Gbagada Estate Residents’ Association, Kenneth Odusanya, said, “We realised eight weeks ago that some men were constructing an unusual building on the estate without authorisation and so we reported to the Ministry of Environment and Lagos State government agencies that came to seal up the place.

“Afterwards, the developer’s lawyer and the architect came to tell us they wanted to erect a store, but we do not want it because our estate is a residential area and the armed security personnel guarding the construction site are threatening the lives of residents, which also infringes on the peace and security of the estate.

“The Chairman of NDLEA, General Mohamed Buba Marwa (retd) came and told his men to cooperate with us and that they would soon move out of the estate.”

“The NDLEA relocated their state command from Ikoyi to our estate. Whenever the construction workers begin work, we see some armed men and at night, we see about 30 armed personnel, continuously corking guns and making noise and most especially when they have meetings.

“People, who go for strolls, get afraid because of the armed men. Then men of the NDLEA lied to us that they were constructing a store at the construction site, but we discovered that they were cells and they were doing that without authorisation from those in charge of regulating buildings.

“We told them to stop and we wrote to Lagos agencies, which came to seal up the place. But men of the NDLEA came one morning to remove the seals and forced their way into the premises, claiming they were instructed from their headquarters in Abuja to go on with the construction.”

Ajaonu expressed fear that the construction was risky for residents.

A resident, Gbenga Babington, said, “This is a quiet and private estate.

“The vehicle of the NDLEA is parked in such a way that obstructs people whenever they return from work or drive out of the estate, and when this happens, nobody wants to confront them because their men are armed.

“We want the construction relocated to a motorway and not a gated residence and if at all the estate is made commercial, the men should restrict themselves to their premises and no one will make a fuss out of it.”

She said, “Personnel of the NDLEA have stopped their ongoing construction of cells for their Lagos State Command at Gbagada Phase Two Estate.”

The Public Relations Officer of the NDLEA, Mr Femi Babafemi, however, denied the allegations.

He said, “I am not aware of any ongoing construction of cells on the Gbagada Phase Two Estate; it is not a construction, it is an office.”

A security expert, Mr Dickson Osagie, said it was improper to have such a facility on an estate.

He said, “It is not proper to have cells on Gbagada Estate Phase Two. The construction should be done in places with large land mass, such as Ikorodu, Ibeji Lekki and Ajah.”

As the paper was going to press, the estate association vice chairman, Odusanya, informed our correspondent that the matter had been resolved.
Culled from The Punch
https://punchng.com/controversy-surrounds-ndlea-construction-of-cells-in-lagos/
Previous Article: PARTNERSHIPS IN NIGERIA - GUIDELINES FOR REGISTRATION
Next Article SEC introduces unique identifiers for capital market participants, to strengthen data protection