BLOCKCHAIN AND DIGITAL FINANCE: REGULATORY ISSUES AND POSSIBILITIES – by Nero 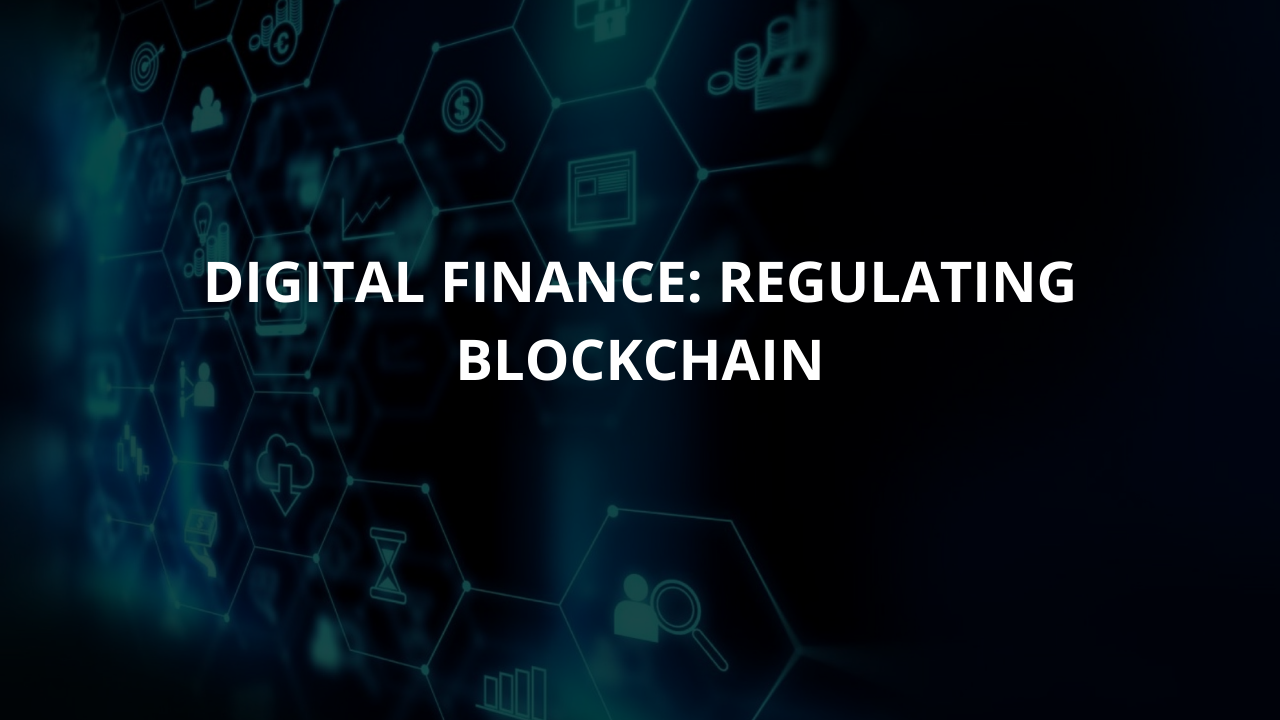 With more people using cryptocurrency as a medium of exchange and for trading purposes, there are increasing regulatory concerns especially due to the decentralised nature of blockchain which is the underlying technology. The subject of regulation of cryptocurrency and blockchain has been widely debated among various governments. Some governments have issued regulations and guidance relating to blockchain technology while some have remained undecided and have not put out any official statements regarding this technology. Some other governments have decided to completely ban cryptocurrency because they believe it will cause a loss of economic power and cause a shift towards decentralised economies globally. This means that currently, no uniform regulation of blockchain technology exists globally.

WHY DOES BLOCKCHAIN MATTER

Blockchain is a tremendously disruptive technology, and it is an area where innovation is not constrained, the potential use cases for blockchain are still being investigated. Transparency, traceability, security, and reduced prices are some of the benefits of blockchain. Once stored on a blockchain, transactions and information cannot be removed or tampered with/edited. Blockchain having lower transaction costs than traditional financial institutions is another major selling point that will spur the general acceptance of blockchain technology.

Blockchain has the potential to create new foundations for our economic and social systems.[1] Apart from cryptocurrency, smart contracts are also another transformative application. Smart contracts automate payments and the transfer of funds once certain conditions are met. They are fast, cheaper and a more secure way of managing agreements between parties.

Cryptocurrency is gaining an unprecedented level of legitimacy around the world which makes it unreasonable to completely ban it. The impact of blockchain potentially goes beyond just digital finance, it can impact other areas like the way we vote, the way information is generally stored, even the healthcare industry will also be impacted. Technology with this type of potential cannot go unregulated and should also not be subject to improper legislation.

Additionally, regulation of blockchain and by implication cryptocurrency and smart contracts will be instrumental in legitimising and increasing public trust in these technologies. Regulation of blockchain will also go a long way towards mitigating financial crimes. This is because blockchain is transparent, everyone who is on the network can see the different transactions that have been carried out.

The regulation of blockchain presents several legal issues. One concern is determining who is responsible if something goes wrong, as well as jurisdictional issues associated with this. Because there is no single location where blockchain is located, each network node may be subject to varied legal obligations depending on its location.

Because the potential use cases for blockchain have yet to be fully explored, implementing regulations and laws that are dynamic enough to successfully cover use cases that do not yet exist will be a major legal difficulty in the regulation of blockchain.

Another challenge is ensuring that the data recorded in each blockchain node is accurate. Regulation is required in the areas of data protection and the authentication of legal persons’ identities. Legal acknowledgement of each block in a blockchain as immutable is also required.[2]

Another factor to consider is the legal framework for smart contracts. Different laws may apply to the parties participating in smart contracts in different jurisdictions. When a smart contract’s code has an error and the contract fails, the problem of liability arises again.[3]

In view of how the growing importance of blockchain, the proposed method of regulating this technology will now be considered. The first way blockchain can be regulated is by requiring the providers of blockchain technologies like cryptocurrency exchange platforms to comply with Know-Your-Customer (KYC) requirements. Compliance with this will address the issue of the so-called anonymity of blockchain transactions. Blockchain transactions are anonymous to the extent that each user has a unique ‘address’ assigned to them and you do not need to reveal anything about identity in that address, this anonymity is however limited. If the address given to a user is traceable to a particular individual, then the anonymity and identification problem associated with blockchain transactions will be eliminated. Therefore, requiring blockchain (cryptocurrency) platforms to collect the mandated information from the users of the platform will mean the regulators and the government can easily link an address with the individual.

A possible issue with this approach is that it may be difficult in terms of international standardization.[4] Where some countries require the satisfaction of KYC standards and some do not, there may be a gap between transactions recorded in one specific blockchain. There may also be an issue in terms of cross-chain communication which allows for communication before different block-chain networks. Some addresses in a blockchain can be easily linked due to KYC requirements in the relevant jurisdiction, while some other addresses remain anonymous.

The government having access to this information may raise data privacy issues, but the transactions are still secure in the sense that it is only regulators who can see the true identity linked to addresses. Also, in relation to this form of regulation, there are some concerns that this will create more data silos globally.[5] However, it is arguable that the global adoption of central bank digital currencies (CBDCs) that are run on the blockchain network also creates this same issue. Furthermore, it is important that we do not forget that regulation of this technology is essential to the proper legitimisation and acceptance of cryptocurrency and blockchain technology.

Another approach that can be taken is an amendment of our Anti-Money Laundering (AML) Laws. The Financial Action Task Force (FATF), an international monitoring body on money laundering and financing of terrorism set out some guidelines regarding the regulation of cryptocurrency. One of the notable recommendations was for countries to require businesses to collect and store the personal data of participants in blockchain transactions.[6]

In the United Kingdom (UK), the AML regulations were extended to capture the activities relating to most crypto assets. In the European Union (EU) as well the 5th AML directives for the first-time captured cryptocurrency and crypto providers, they now fell under the regulatory scrutiny of the EU.[7] So, similarly, Nigeria should extend its AML laws to cover cryptocurrency and crypto providers so that they must meet the same standards expected from financial institutions.

The suggestions mentioned above may address certain issues that blockchain and cryptocurrency now pose but it is important to consider regulating the underlying technology and not just the products of the technology. Usually, regulations relating to the FinTech industry are applicable to the financial institution, not the technology it employs in providing its services. It was the financial bodies such as banks that were the subject of legislation, they were simply responsible for ensuring the efficiency of the applications they used to deliver their services. Blockchain however is decentralised so this form of regulation will not be effective or smart.

The suggestion here is that in the case of blockchain technology, the underlying technology should also be regulated in order to attempt to catch future innovations that may be based on blockchain technology. A blockchain is a form of distributed ledger technology (DLT). The nature of this form of technology makes it very disruptive, this further underscores the need to regulate the underlying technology. Some features of DLTs and blockchain include decentralisation, that is, no single party may impose decisions taken on the content stored and the transactions processed. The data stored is also stored in multiple locations, it also can not be changed or deleted. Lastly, the transactions cannot be reversed, and parties are largely anonymous.

These features make it possible to use a smart contract for illegal services such as hiring hitmen. Code errors are also another possible issue, this means the code indicates one form of behaviour which is what the user requests it to do, but there’s an error in the code so it performs another request that the user did not expect. In response to these issues, the method of regulation suggested is to provide for a ‘supervisory node’ in the blockchain network, similar to what exists in Malta.[8]

In conclusion, completely banning blockchain or cryptocurrency or refusing to regulate this technology is unreasonable and is not feasible. So, the proposed regulatory method to be adopted is one that fuses compulsory KYC compliance with the provision of supervisory nodes in various blockchain networks. It is also advised that the current laws addressing technology and financial institutions as well as AML provisions are revised and extended to include blockchain technology.

Previous Article: CYBERINSURANCE: THE STATE OF NIMBLENESS IN NIGERIA
Next Article CYBERSECURITY AND INTERNATIONAL ARBITRATION