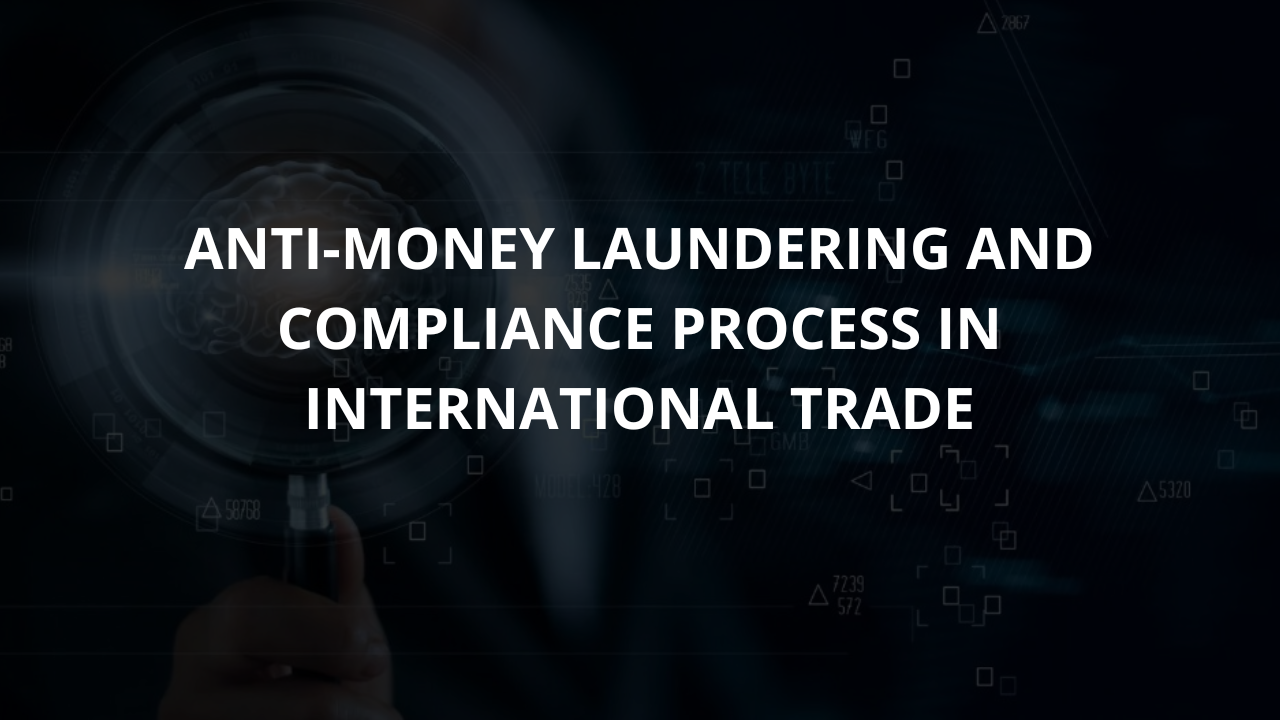 The international trade system is subject to a number of vulnerabilities that are usually exploited by criminal organisations and financiers of terrorism. The large volume of trade flows that unintentionally mask individual transactions, the challenges associated with using multiple Forex transactions, and the limited resources available to customs agencies to identify suspicious trade transactions are just a few of the situations in international trade that money launderers typically take advantage of.

Given its weak capacity for law enforcement and the expansion of international trade and commerce, Africa has become the perfect conduit for money laundering. Africa is different from the rest of the world owing to its unique set of issues. These issues make it difficult for the continent to successfully implement AML regulations. The first section of this paper examines money laundering and risk indicators in the context of global trade. It then discusses the challenges in combating trade-based money laundering, and considers the ways it can be tackled legally. Finally, this paper also briefly covers compliance processes in international trade..

Trade-based money laundering is the use of trade transactions to disguise the proceeds of crime and legitimise their illegal sources. It involves the exploitation of the international trade system to move value and to hide the true origins of illicit wealth.  This comes into play through the misrepresentation of the quantity, quality, or price of imports or exports.  Trade-based money laundering techniques vary in complexity and are commonly combined with other methods to further obscure the money trail.

1. Phantom Shipments: This technique involves the shipment of goods that do not exist. With the phantom shipment technique, fake documents are generated to falsely indicate that goods will be shipped. With this technique, the exporters and importers conspire among themselves, and money is exchanged. However, no actual products are transported in this situation.

2. Invoicing scams: This technique entails the seller shipping a different quantity (either more or less) than the quantity on the invoice or lower-quality goods. Additionally, it could also involve falsifying the real value of the goods in the documents. One of the most popular ways to conduct cross-border trade-based money laundering is through transactions like this.

To combat trade based money laundering, spotting the methods usually associated with it is an easy first step. It is important to remember that money laundering serves as a means to the end goal of financing terrorist and criminal organisations. It is noteworthy that the control controls and methods used in preventing conventional money laundering methods have been effective. However, international trade has allowed financial criminals to adopt more complex strategies.  Financial institutions and customs services of various countries must be cautious and adopt strong trade-based money laundering controls because they have developed ways to hide in plain sight.

Money laundering is generally a secret operation, so empirical study on it is difficult since criminals will go to considerable lengths to conceal their operations and the proceeds of their crimes. Furthermore, because money laundering occurs beyond national borders, it is challenging to estimate how much of it occurs globally, particularly in Africa.

All financial organisations are susceptible to money laundering, some more so than others, so they must all exercise caution. The amount of money laundering that actually occurs in Africa and the involvement of criminal organisations outside of Africa cannot be determined accurately. However, there are some well-known elements that could indicate vulnerabilities. So, in 2021, the Financial Action Task Force (FATF) listed a list of trade-based money laundering risk indicators highlighted below.

These risk indicators highlight the organisational structure of the businesses engaged in international trade. These can include organisations that have their addresses registered without any mention of a particular unit, oddly complex corporate structures, or shell corporations incorporated in high-risk nations. Trading entities with operations that are not mentioned in the company’s charter or bylaws, or entities with an online presence that does not correspond to the activities described in company documents. These risk indicators also identify companies that trade under names that closely resemble that of more established competitors.

Trading risk indicators are focused on the trading style of entities involved in international trade. This could apply to unusually complex transactions that are unusually complex which may involve numerous third parties and middlemen. It could also apply to trade deals which are inconsistent with the designated businesses on the documents of the entity involved or trading entities with consistently low profit margins, or entities that suddenly make large purchases that are beyond their financial means.

This risk indicator also implicates newly formed entities that engage in very high volumes of trades and transactions. The presence of these risk indicators does not necessarily mean the entities are laundering money, but they are sufficient to justify the imposition of more stringent due diligence requirements on the entities.

The documents submitted throughout the entire trade process must be closely examined. In examining these documents, it is important to look out for some risk indicators, including, but not limited to, inconsistencies in trade documents, fake or falsified trade documents, and evidence of shipments that pass through various jurisdictions with no economic or commercial justification for doing so. Where there is a chance that the supplied commodities may be used for money laundering, that could also be a risk indicator.

Risk indicators for money laundering may include trading entities that conduct a high volume of transactions albeit in line with their stated business objectives. It may also include trading entities that receive large money deposits that are immediately transferred to other accounts without apparent justification, and payments made for imports by parties other than the account holder. The originating party should be subjected to a background test.  Multiple cash deposits in quantities that fall just shy of the reporting thresholds are also risk indicators.

Governments have placed emphasis on addressing money laundering as a criminal activity, but this strict criminal law approach is problematic because it has a narrow viewpoint on AML policies and enforcement. It does not take into account the individuals involved in money laundering or the environments in which they operate.

Tracing illicit proceeds presents a significant obstacle for law enforcement in the investigation and subsequent prosecution of money laundering crimes. Complicated legal due process, inadequate intergovernmental collaboration, and lack of political will also work against authorities and delay the timely implementation of new AML regimes. Additionally, money launderers often find new ways to operate in order to circumvent government and law enforcement agencies because it takes so long for governments to advance new AML laws and improve enforcement measures. The rising globalisation of society further increases the difficulty in fighting money laundering.

Money launderers frequently take advantage of technological advancements and operate online.  Emerging technology and other forms of digital payment make transactions more convenient and quick, and they also give money launderers more ways to take advantage of the financial system. Trading in alternative payments like cryptocurrencies offers convenience and anonymity. Criminals now have more options to organise themselves through social media and move money more quickly thanks to globalisation, making it more difficult for law enforcement to catch them in the act.

Lack of sufficient international cooperation is perhaps the biggest obstacle to combating money laundering in trade. Unless required by international treaties or other mutually agreed-upon legal agreements, overseas jurisdictions may not help foreign law enforcement authorities in their investigation of money laundering. Foreign authorities may be hesitant or even purposefully obstructionist when it comes to protecting their own economic and financial interests. Authorities also contend with inconsistent and occasionally burdensome AML legislation in other countries; these problems are made worse by difficult and drawn-out legal or business procedures. As a result, law enforcement officials might not have essential access to information or intelligence on money laundering, be unable to find and recover lost proceeds, and pass up chances to bring criminals to justice.

By reconfiguring the conversation around money laundering in this way, policymakers better comprehend the issue and this helps in addressing the problem more effectively.

The development of strong governance practices, which are crucial in the fight against money laundering, is fostered by AML regulations and the application of AML policies by financial regulators and supervisors. However, implementing AML policies successfully in developing countries presents special difficulties. Therefore, the majority of African countries should be advised to focus their efforts on the most urgent needs and dangers first before moving on to more extensive implementation programmes.

Coordination with cross-border organisations, law enforcement agencies, and several other government agencies is a crucial first step in the fight against money laundering in international trade, especially in terms of information sharing. To make it simpler for international criminals and criminal organisations to be identified, banks and other financial institutions would have to disclose information that may assist in identifying tax-based money laundering. Criminal conduct may be stopped if law enforcement agencies joined a network where a pool of information regarding financial crime is shared.

Governments and regulators must have a thorough awareness of the reasonableness of the prices offered in trades and the types of products being traded in order to identify specific trade-based money laundering schemes. In order to confirm appropriate prices, they can try to resort to worldwide pricing standards or create their own database to compare and check prices. Doing so could contribute to the successful address of money laundering in international trade.

THE COMPLIANCE PROCESS IN INTERNATIONAL TRADE

In international trade, all involved parties must abide by the applicable laws. International trade compliance standards may vary from nation to nation and from one sort of good to another. For instance, the rules for trade conformity for drugs and machinery are completely different. Compliance in international trade requires specific attention to ensure entities do not disregard certain laws because they are unaware that those laws apply to them.

1. Classification of a country’s imports and exports.  International trade statistics on goods may be more easily gathered and compared between nations and years if there is tariff classification. It makes it easier to recognise the pertinent tariffs and charges needed in each country.

3. Compilation and submission of the correct documents required for the application of import of goods.

4. Creation of a checklist to assist in assembling and submitting the appropriate paperwork needed for the application to import goods.

5. Processes that must be followed in order to fulfil the legal requirements for the export of goods should be defined.

6. The International Business Terms, which are regulations allowing for the shipment of goods with pre-defined commercial laws, was developed by the International Chamber of Commerce. The Terms determine who is responsible for trade compliance and tax, among other things.  By adopting these Terms in internal compliance processes, businesses are provided with globally recognised and standard set of laws and regulations.

7. The creation of suitable risk-based compliance processes, and a risk assessment of consumers, products, services, and business and trade partners is necessary.

To tackle the problem of money laundering in international trade more effectively, individual countries must take some factors into account, including the structure of their financial systems, the issues they encounter, and the unique ways they are susceptible to money laundering. Based on these, specific regional measures should be developed and implemented. 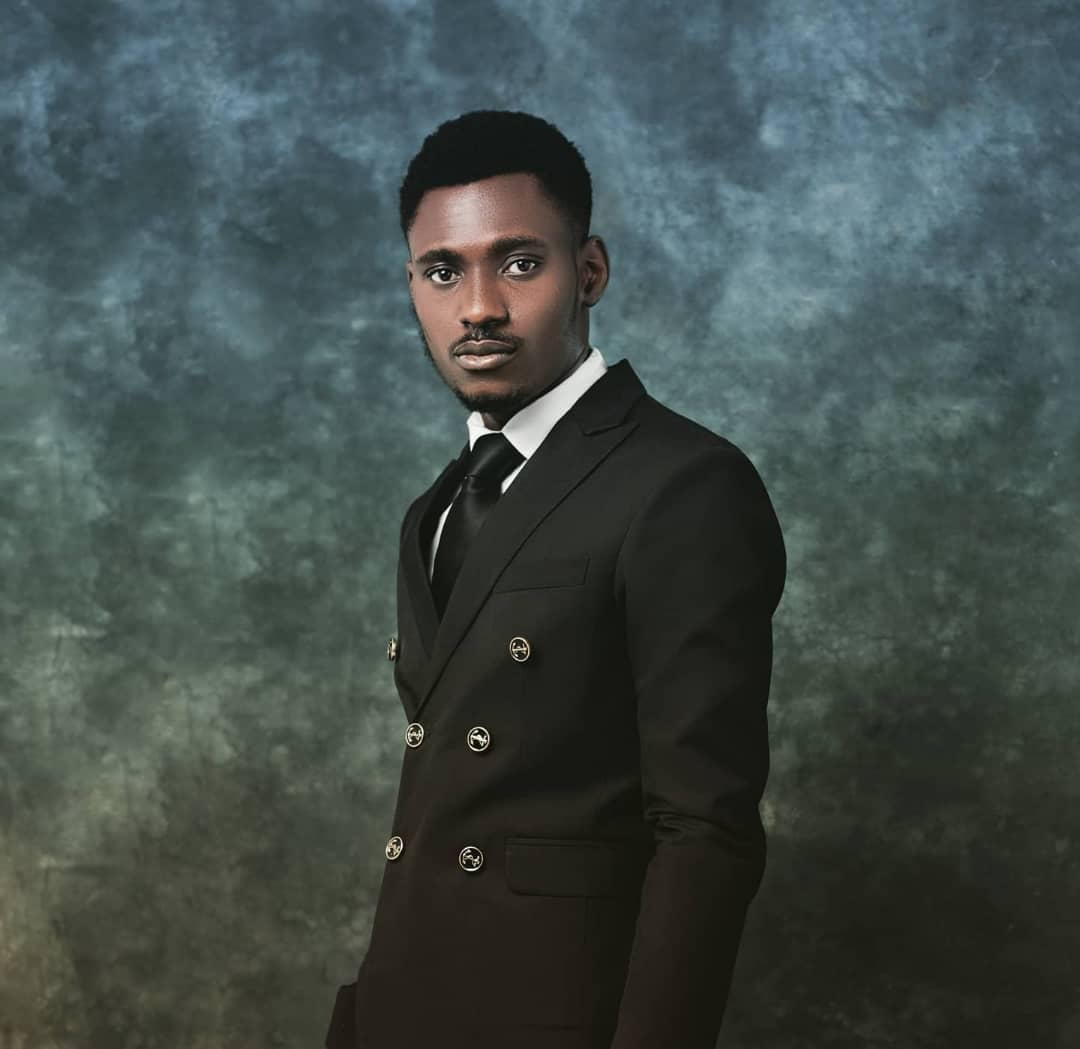 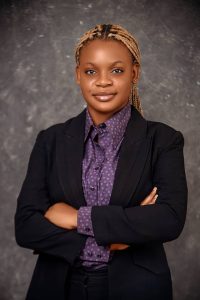 Theophilus and Nero are Associates of Marcus-Okoko & Co, and they specialize in International Trade Law, Corporate Finance Law and Regulatory Compliance